by Elizabeth Grubgeld. This text may be archived and redistributed both in electronic form and in hard copy, provided that the author and journal are properly cited and no fee is charged for access. 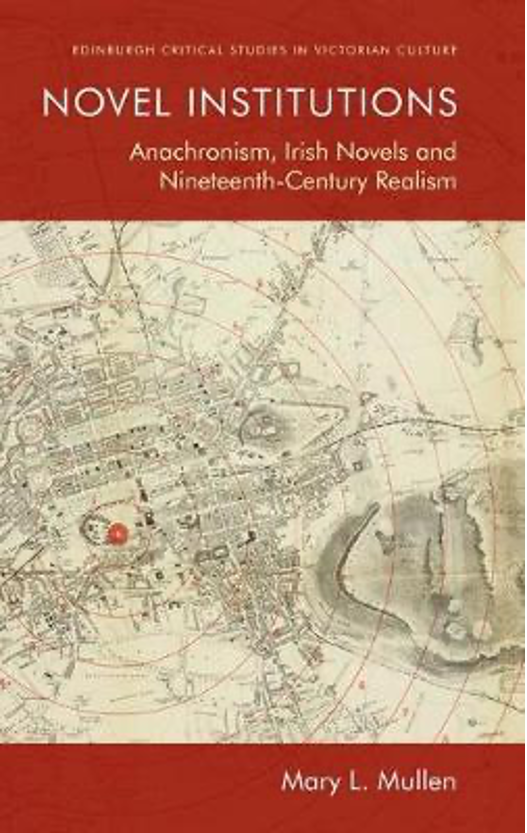 Mary Mullen has produced an exhaustively researched, theoretically grounded, and systematically argued recalibration of the nineteenth-century Irish novel. Although the nineteenth-century English novel has been traditionally understood to reconcile its characters within the social and narrative frameworks of a liberal democracy based on colonial expansion, evangelical Christianity, and laissez-faire capitalism, Mullens demonstrates that it shares more in common with the unruly features of Irish fiction of the same period than one might suspect. Novels from either side of the Irish Sea, she argues, articulate both social integration and discordance, ideological consensus and contradiction, and, in place of a neat chronological trail of development, present a frequently disruptive and discontinuous sense of narrative and historical time. Seeking to break down the national literary histories that prevent our understanding how fully the Realist mode can undermine the institutions it purportedly supports, Mullen pairs Maria Edgeworth’s Castle Rackrent with the novels of Jane Austen; Charles Kickham and William Carleton with George Eliot; and George Moore’s Irish and English novels in comparison with one another and with the work of Charles Dickens and George Gissing.

Key to this analysis are the two terms institution and anachronism. Employing these terms in ways that differ from common usage, Mullen considers institutions as ways of thinking in addition to the more familiar sense of the word as signifying social organisations such as schools, factories, prisons, churches, and so forth. She is most concerned with how ideologically inflected understandings of historical time – particularly as involving notions of progress and development – become themselves institutions that affect the form of fiction and, in turn, fiction’s reification of those concepts of time and the hierarchies of class, gender, race, and nation that they serve. Drawing from queer theory and postcolonial studies, she defines anachronism as competing understandings of time and historical sequence rather than mere errors or, as did George Lukács, arrangements that clarify the cultural dominance of the imperial novel and its readers over its subject matter: for example, Walter Scott’s rendition of what historically would have been Scots Gaelic dialogue into modern English. Anachronisms may take the form of tantalisingly disjointed dates, such as that of the composition of Castle Rackrent, its fictional editor’s position in time and that of the reader the editor anticipates, as well as the temporal placement of its narrator and the events of the historical past he relates. Anachronism might also take the form of characters who hold beliefs, habits, and appearances that reflect an earlier era than that of their contemporaries or whose narrative trajectories refute institutionalised expectations of social and economic progress. Plots may involve repetition, movement around and back in time, and developmental stasis. A striking example is George Moore’s eponymous protagonist Esther Waters, who remains illiterate in an era of rapidly growing literacy rates among the urban poor, whose faith is yoked to the atavistic apostolicism of the Plymouth Brethren, and whose survival and moral triumph follows none of the models of upward mobility preached by social reformers in the late nineteenth century. A tale of repetitions and setbacks, her story concludes in a return to the place of her youth, where female friendship replaces the marriage plot as a completion of the narrative.

Although acknowledging the oppressive force of institutions, particularly in their insistence upon social consensus and the foreclosure of alternate futurities, Mullen distances herself from a Foucauldian condemnation of institutions to instead argue for their malleability and constructive potential. Similarly, while she notes the prevalence of allusions to racial, class, or ethnic others as vestiges of an earlier (and thus less developed) human state, she also traces in each novel those anachronisms that work differently to

show the discordant paces of historical change, propel the reader backward to “useless” pasts that do not continue into the present, and reveal ruptures within institutionalized narratives. Instead of reinforcing the necessity of a single, continuous line of development where the present emerges from the past, these anachronisms question the extent to which historical narratives depend upon a predetermined but exclusionary sense of what is necessary to achieve the future. (8)

This way of thinking about institutions and anachronism has shaped Caribbean studies in the twenty-first century, but has rarely, if ever, been brought to bear on the nineteenth-century English and Irish novel, and Mullen’s reworking of literary history is deeply informed by the preoccupation with rethinkings of history and time pervasive in postcolonial, and particularly Caribbean, scholarship.

One of the many contributions of this distinguished book is its sheer bibliographical density, offering a vigorous discussion work from narrative theory, history, and postcolonial studies, as well as generous acknowledgement of earlier scholarship and the contributions of her contemporaries. The endnotes alone make many insightful contributions and offer leads for future research. If there is any criticism to be made of Novel Institutions, it is in the excessively abstract and sometimes obfuscating terminology and phrasing of the more theoretical sections of the study. The first chapter is uncommonly rich in its interplay of narrative and postcolonial theory, but a reader not already immersed in those disciplines could ask for more straightforward phrasing that would render the book more accessible. That is all the more important since the sections devoted to analysis of particular texts rely on the concepts laid out within the initial chapter, and yet at points those concepts are less than clear until we see them enacted through specific examples.

To mention just one of these examples, Mullen’s analysis of George Moore’s A Drama in Muslin is without question the finest examination of this important Bildungsroman currently in print. The iconoclastic Moore emerges as the hero of her study for the same reasons that he irritated so many of his contemporaries: his blanket rejection of institutions of all kinds (ideological, artistic, and particularly those of church and nation) and his development of a multi-layered irony that both works with and challenges a pessimism that sees one’s fate as inborn and manifest in the idiosyncrasies of the human body. Long after Moore repudiated Naturalism (and the 1885 A Mummer’s Wife is probably the only one of his novels that could be read as predominantly Naturalist), this conviction of an innate fatality endures, but counterposed always to his powerful recognition of the relativism of human perception and the potential to reshape our lives despite what we have been taught to be true. As Mullen argues, his writing in the last decades of the nineteenth century, whether the setting be English or Irish, draws upon anachronisms of history and narrative structure, as well as a systematic undercutting of the reconciliatory tropes with which both A Drama in Muslin and Esther Waters appear to conclude.

In short, this study accomplishes the formidable goal of rewriting the history of Irish and English Realism in the long nineteenth century. Each page is packed with original and exciting analyses that will cause those who read and study the Victorian novel to reconsider our fundamental assumptions about it.