by Stephanie McBride. This text may be archived and redistributed both in electronic form and in hard copy, provided that the author and journal are properly cited and no fee is charged for access. 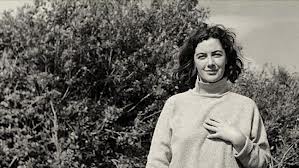 Fade up from black, to glowing lights on a control desk, faders, a coil of twisted cables, coming to rest on a microphone. A radio studio − Nuala O’Faolain’s chosen medium to reveal her deep anguish, fears and defiance about cancer and death. Her story, told with tears, insight and courage to her friend and colleague Marian Finucane in April 2008, captivated a nation and prompted a cascade of responses from listeners − a reminder of the potency of both radio and of a lone voice speaking directly and unsentimentally to reach so many.

O’Faolain spoke with raw honesty about her reflections, her relentless questions and concerns at the prospect of death − a subject she knew was fraught, sidelined or denied in society’s master narratives, which tend to eclipse and elide those awkward areas, despite the strong history of wakes and funeral customs in Irish life. “As soon as I heard I was going to die, the goodness went from life,” she said, explaining her decision to refuse chemotherapy. A month later, O’Faolain was dead.

In 2012, Nuala, a 90-minute TV documentary presented and produced by Finucane, directed by Patrick Farrelly and Kate O’Callaghan, opens with O’Faolain’s radio interview and captures her life and her death. Mixing interviews with friends, colleagues and relatives, the documentary comes across as an Finucane’s enquiry into, a quest for and a memorial of her friend’s life and times. This is established early on, as we follow Marian visiting her friend’s homes and family, probing motives, and piecing together the threads, the back-stories and subtexts.

This very personal and intimate excavation of a life is well served by cinematographer Kate McCullough’s measured rhythm and visual poetics. Skylines of New York, Dublin, Paris, Madrid and Berlin rub shoulders with suburban streets and stretches of rural road. Post-diagnosis medical images are juxtaposed with images of New York’s city life carrying on in all its vibrant, messy, mocking vitality.

A view of her cottage window in Co Clare gains poignancy as O’Faolain speaks of her “sourness with life”. Objects become charged with memory, desire and value − a slow pan across her bookshelves, a last glimpse of yellow silk curtains in her New York home, the heartbreaking, fragile and tentative hold on life through objects she had lovingly gathered and chosen. “Objects contain absent people,” noted Julian Barnes in Metroland and here they are blended into a nuanced and textured portrait, with the elegiac elegance of the visuals, onscreen text, snatches of glorious arias, phrases of more restrained scored music and O’Faolain’s quiet, husky voice.

As might be expected in a biography, family photographs are featured throughout. The family snapshot genre, with its images of happy harmony and the suggestion of cohesive units, is itself an idealised construct − an edited, sentimentalised narrative imposed on less ideal realities and telling only a partial “snapshot” of a story. Photographs punctuate the film, tagging the domestic fault lines of her early family life  − a prominent journalist and philanderer father, a sad, alcoholic mother and their nine neglected children.

The reality of their domestic lives was made very public through her 1996 memoir Are you Somebody? The Accidental Memoir of a Dublin Woman, showing the gap between the public facade and the reality where the family lived in near destitution behind closed doors.

Toward the end of the documentary the family portrait makes another appearance, this time with fewer siblings and without their parents. Yet this “damaged little bunch” seems more adjusted, even happy, and the portrait is a more authentic one − with a renewed grasp of intimacy and even joy perhaps, especially in the face of death, revelations and loss.

“My own life began when I first made out the meaning of a sentence.” All her friends describe how books and reading provided her escape from a grim home life. Reading and intellectual discovery marked her days at the St Louis boarding school in Monaghan before her time in university. Ireland in the late 1950s and early 1960s suggested parallel universes − on one side, a highly conservative society dominated by the ethos of the Roman Catholic church; and on another, a bristling intellectual and hedonistic pub life in which O’Faolain embedded herself  − a time in which she notes that “thousands and thousands of lives were ruined, quite casually, by the rules the patriarchy set for young women”.

As O’Faolain negotiated her troubled way between passion, desire and bohemian excess, the film also identifies her yearning for love and high romance − of a grand operatic sweep.

There is a continuing sense of the rifts between her intellectual energy, romantic passion and the untidiness of her relationships. The film identifies how she frequently felt emotionally insolvent and often reveals her as petulant, peevish and casually cruel. This is especially marked in her relationship with John Low-Beer and his daughter. Home movie sequences in their New York apartment illustrate the fiercely combative nature of her attachment and neediness. And though Nell McCafferty’s glinty smiles beam brightly in several photographs, her absence from the documentary, despite having been O’Faolain’s lover of 15 years, testifies to troubled and contradictory impulses.

Perhaps disappointing in this portrait is the relatively scant attention given to her professional life, such as her work as an Open University/BBC producer in the 1970s and later with RTÉ. There was her weekly Irish Times column in which she constantly prodded, pricked and probed the injustices, smugness and complacency in Irish life. Through her broadcasts and writings, she gave value, substance and significance to ordinary lives, and her Plain Tales television series won a Jacob’s Award in 1985. She made an eloquent and spirited critique of the first Field Day Anthology that had excluded women writers and it remains a charged moment in Irish literary history.

. . . it is immensely wounding. And I hope that other people will protest with me, so that the next time an anthologist bends to his task, he won’t be able to forget that there are watchful women out there. . .  While this book was demolishing the patriarchy of Britain on a grand front, its own, native, patriarchy was sitting there. Smug as ever”.1


And while gossipy tittle tattle is frequently a lure, one wonders whether a man’s dalliances and lovers would be given such free rein. Colm Tóibín palpably delights in her romantic and sexual conquests  − those glamorous intellectuals with whom she was involved. Of course the documentary-portrait is a delving into her complex personality and, at times, her tortured situation and search for love; nonetheless, for many it is O’Faolain’s fearless and independent voice as a feminist and champion of unheard voices that remains her legacy.

In a sequence late in the film, sentences from her final emails pulse across the screen, phantom messages and signatures from her final days, a haunting presence and absence, like a ghost in the machine. Throughout the film her voice provides a delicately-charged presence but more significantly it is the voice of the departed, percolating through with the urgency and energy of her last contact.

Her own memoir resisted any sentimental notion of family life. That intensely honest portrayal involved her sisters too, despite one of her sister’s caution to “tone it down”. Nor does this documentary tone down its portrayal of its subject; Finucane, O’Callaghan and Farrelly resist any flat matt veneer and present a powerful and compelling narrative of a life lived large, the forging and reinvention of her identity as she frequently renewed her embrace of life and tackled it afresh after setbacks, failed romances and disappointments. The incisive and arresting insights from her sisters and friends Evelyn Conlon and Patsy J. Murphy as well as intense probing by Finucane anchor the portrait in a candid authenticity.

Richly textured and at times abrasively blunt, this documentary-epitaph presents a suitably uncompromising focus on one woman’s life − and confirms the value of a tale told with the sound and fury, the agonies and excesses of a somebody.