by Pauline Hall. This text may be archived and redistributed both in electronic form and in hard copy, provided that the author and journal are properly cited and no fee is charged for access. 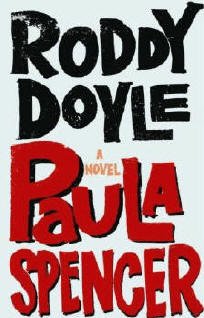 In one of the houses she cleans, Roddy Doyle’s heroine, Paula Spencer, sees three plunger coffee pots (small, medium and large). She decides she’ll get one herself, as   coffee is a new and delightful sensation. In those two details, Doyle deftly establishes the setting of a newly embourgoised Ireland, and the character, the “she”  through whose eyes we see it.

Her son Jack taps her name into Google. Paula Spencer gets more hits than Thin Lizzie. Our Paula (and readers do feel close to her) has a namesake, who is, of all things, an expert on child rearing. The internet and its random immediacy brings out Paula’s refreshing take on the world, at once innocent and street-smart.

Her newly constructed  identity as a non-drinker is shadowed by her inescapable identity as an alcoholic and a mother with much ground, (and much guilt), to make up. Her job gives her an atypical identity: one Irish cleaner amongst the blacks and Eastern Europeans. She buys a stereo, she drinks cappuccino. Each day she struggles valiantly and humorously with new roles as a capable provider, as a free agent. “You choose” Jack tells her, as they sit at the computer she bought for him. Looking at election posters, she thinks she should be able to put up one of herself. She is emerging into a world where self-publicising is the norm.

Early 21st century Ireland is in some ways rougher, in some ways smoother, than it used to be, when Paula last looked.  Doyle uses the device of a returned local, someone both bemused and in the know. We observe her as she observes the changes. Her tone conveys a wry awareness that she is late to join the race (or is it a parade?). When did she last learn something, she wonders.

“You can’t leave things behind you: they come with you.” For the duration of her forty-ninth year, the timespan of the novel, a nemesis hovers, and occasionally swoops low. Like Paula herself, we can never be sure that she’ll maintain her wavering hold on her job, her kids. Doyle portrays how alcoholism thickens a family atmosphere with mistrust and guilt, an atmosphere where “there’s no such thing as a casual remark”.  She hates the hall of her house, the scene of Charlo’s assaults. These have left her with ill-set bones and hopping pain.   Whilst   Doyle captures our  sympathy for Paula, he lets us see how her emotions, too, have been warped.  She is needy for the approval of those of her kids who are most wary of her, yet resents prosperous Nicola, who tries to mother her back, who alone remembers when it’s her birthday. Violence, and apologies for violence, are still a pattern with Leanne, herself also an alcoholic. Both she and Paula attack each other. Braced to expect blows, Paula automatically lifts her hands to ward them off. Hard learning is still embedded in her body.

Paula’s small victories are connected to becoming a consumer, a user of technology.  She is starting to catch up on music that she missed the first time around, like U2. “She wants it loud.” “It’s Paula Spencer looking ahead”.  Earning her own money enlarges the permitted boundaries of her life.  Yet every day brings moments of doubt and panic.

Paula, the addict, persists in judging and feeling judged, especially by her children. “They were forced to grow up”. “Mothers can’t have problems.” Yet, more deeply, she knows also that she can’t blame herself for saying yes when her husband Charlo asked her to dance the first time. He beat her, he neglected his children, and he was shot by the police after a bungled kidnapping ended in murder. She hates him, yet she still loves him, precisely for his feral power: “If he came in people would get out of his way.”

I was reminded of Coleridge’s comment that Coleridge’s Ancient Mariner, far from having no moral (as alleged by an elderly female novelist who complained to him), actually had too much. He argued that the   poem should have been altogether without moral, like the Arabian Nights story of the merchant who threw a date stone down a well, putting out, by ill-luck, the eye of a genie’s son. The genie rose from the well and claimed the merchant’s life. Paula’s story, too, illustrates the impossibility of knowing what chain of consequence we loosen in a moment: tossing away a date stone, firing a crossbow, or, as Paula did, stepping onto the dance floor with a sexually attractive man.

We hear and see from within Paula’s consciousness. The book’s success stems from how credibly that consciousness is rendered.  At times, her actions are narrated in minute naturalistic detail. We see Paula on her own, stripping a bed, filling a kettle, walking up Grafton Street. It seems she is watching herself coping, doing skilled, confident things. Occasionally, this observation lacks sufficient distance. Indeed, to my mind, fewer name-checks on aspects of the Celtic Tiger zeitgeist would carry more impact.

The steady beat of short sentences and dialogue exchanges is punctuated by set pieces, when Paula is with others. Here Doyle shows perfect pitch: Paula in the Italian coffee shop, Paula in the van going to the rock concert, Paula and Leanne watching the televised vigil for the dying Pope John Paul II.  The visit to her two sisters is particularly hilarious. Though, like them, she is a hard chaw, Paula is more reflective, a witness of their raucous talk about affairs and buying overseas property. With her, we experience the irony. They are entitled to do, unthinkingly, what she may not: drink lots of wine and spend lots of money.  Yet it is she who is most discounted as it were.

As for the coffee pot, the reader believes that Paula will certainly acquire one, but with her angular honesty, she’s not likely to buy into the whole bourgeois piece. In her take on men, Paula shares the earthiness of Joyce’s Molly Bloom and the bravery of  O’Casey’s Juno, though she is less cynical than the one and more cynical than the other.

The question arises: What will happen? What won’t happen?  Paula and the reader can’t say, and Doyle won’t. But at the end of the novel, she is moving towards autonomy, going for walks with a man she met at the bottle bank, a retired civil servant, knowledgeable about the birds of Dublin Bay. In his difference from Paula, (he belongs to an older, modest and more settled Ireland) and his resemblance, (his wife left him for another woman), lies a possibility that they can help each other to happiness.