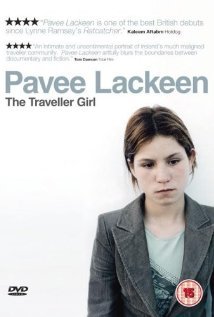 It has become almost a truism among Irish film-makers and scholars that foreign film-makers have been responsible for some of the more questionable representations of Ireland, creating, according to the authors of the seminal study on Irish cinema,Cinema and Ireland (1989), “a set of cinematic representations which have tended to sustain a sense of cultural inferiority.” However, what is less remarked upon is the significant work made by filmmakers coming from outside Ireland that has tackled controversial issues which have rarely engaged indigenous directors. In recent years examples include Peter Mullen’s TheMagdalene Sisters and Paul Greengrass’s Bloody Sunday but one of the best Irish films of 2005, Pavee Lackeen (The Traveller Girl), was also made by a British director. Originally from Shropshire, Perry Ogden grew up in London and made his name as a photographer with some of the leading international fashion magazines including Vogue and Elle. After moving to Ireland in the mid-1980s, Ogden became interested in the stories behind the Nike-clad children he witnessed riding horses around Dublin’s housing estates. It led to the publication of his book Pony Kids in 1999 which featured photographs of these kids at the Smithfield horse fair. He found, through photographing and interviewing these children, that many came from Traveller families and told similar stories of marginalisation and discrimination.

Inspired by his experiences with the Traveller children, Ogden chose as the subject of his debut film, Pavee Lackeen, the experiences of a Traveller family on the outskirts of Dublin. The film was featured at the 2005 Galway Film Fleadh, where it won the award for best first feature, and Ogden remarked on his innovative approach (at least in the context of Irish cinema) to the project. While Travellers have featured in the work of Joe Comerford (Traveller, 1981) and most recently Kevin Liddy (Country, 2000), Ogden took the courageous decision to use an actual Traveller family for his film, which is made up almost entirely of a non-professional cast. Furthermore, while he initially drafted a script concerning a homeless boy, it soon became secondary to the stories he found from an extended period spent in the juvenile court and among the travelling community. The subsequent narrative emerged largely from the lives of the Travellers themselves in his attempt to produce an authentic document of their lives.

Shot hand-held over 10 months on mini-DV in a pseudo documentary style, sometimes called video-verité, whenever Ogden had time (and more particularly money),  Pavee Lakeen is the story of Winnie Maughan, a ten year old girl who shares a dilapidated caravan with her mother and ten brothers and sisters on the outskirts of Dublin. While following Winnie’s day to day life, the film details the Maughan family’s struggles with poverty, neglect, the imprisonment of family members, alcoholism and a state bureaucracy that will do little to assist, sometimes even manipulating the family in order to avoid their responsibilities. The family are being pressurised to move by the local council from the side of the busy road their caravan occupies. However, when they do so (under threat of court action), promises of improved conditions, including running water and sanitation, are never fulfilled. Indeed, their moving is revealed to be a ploy by the council to move them to non-council land where they are no longer the council’s responsibility. Meanwhile, Winnie’s hopes of finding a place in a school for settled children is similarly frustrated as schools resist the admission of Traveller children.

In all of this the film eschews a conventional narrative, comprising instead simple narrative threads that reveal the considerable challenges the family members face. Ogden’s decision to build these stories, over an extended period, around an actual Traveller girl and her family creates a sense of people living their own lives, rather than performing to a camera, particularly through Winnie Maughan, who is an extraordinary presence throughout revealing the genuine innocence and intense curiosity of a ten year old.

In Pavee Lakeen, Ogden also draws clear, but significant, parallels between the Traveller and immigrant communities in Dublin. As Winnie makes her way through the streets of Dublin to fill her time after being suspended from school for fighting, all of those she meets represent some of the major immigrant groups in Ireland. She enters a video store where only Russian titles are available, information she is given by the Russian woman who works there; she browses in a hairdressers which is staffed entirely by African women; the only people we see in the arcade where she goes to dance are of Asian origin, including the girl who changes the coins Winnie has salvaged from a fountain. Even the petrol station, where she goes with her sister Rosie to buy petrol for their mobile home’s generator, is attended by what appears to be a Chinese man. While the almost total non-appearance of any other Irish people (apart from council officials and social workers) in the film appears sometimes overly contrived, the message is clear: if Irish society cannot treat her own indigenous minorities with respect how can it hope to embrace the diverse immigrant groups that increasingly make up the country.

The significance of this parallel was underscored in the 2004 Irish Government funded ‘Know Racism’ campaign, which found that Travellers and asylum-seekers were the minorities viewed most negatively by the majority population in Ireland. According to the report, 54 per cent of people believed most asylum-seekers were bogus, while a fifth said Travellers should not have the same rights as the settled community. The theme of intolerance was a recurring concern of Irish film from the late 1990s whether based on sexual orientation (Johnny Gogan’s The Last Bus Home (1997)), religious belief (Syd McCartney’s A Love Divided, 1999 and Seán Walsh’s Bloom, 2004) or directed towards members of the travelling community (Kevin Liddy’sCountry). The advent of mini-DV has facilitated the production in recent years of still more challenging and uncompromising explorations of this intolerance in contemporary Ireland. Ciaran O’Connor’s Capital Letters (2005), was a dark, and sometimes brutal, portrayal of the exploitation and abuse of illegal immigrants in contemporary Ireland. Pavee Lackeen, equally, is not just compelling and sometimes innovative filmmaking, it is also an important and necessary work which raises important questions for Irish society to consider at a time of great change.