by Jane Moore. This text may be archived and redistributed both in electronic form and in hard copy, provided that the author and journal are properly cited and no fee is charged for access. 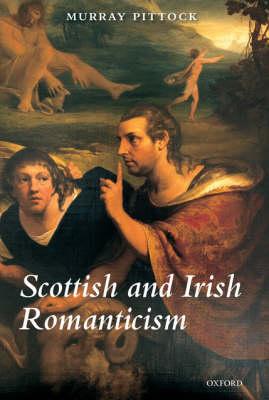 Recent years have seen much work in Romantic studies on Irish, Scottish and, it is worth saying in the context of this review  —  albeit to a lesser extent  —  Welsh poets of the late and early nineteenth centuries.  This body of scholarship, to which Scottish and Irish Romanticism belongs, has been accompanied by the rise of ‘archipelagic’ theory  —  to use John Kerrigan’s influential term  —  a critical position which stresses that ‘British’ culture is comprised of ‘four nations’, rather than one.  In the same manner in which feminist scholarship argued against the traditional model of Romanticism, with its emphasis upon the voices of the ‘Big Six’ canonical male poets, and the New Historicism politicised what was seen as the internalisation of high Romantic concepts such as the ‘creative imagination’, arguing for a more historically and culturally inflected understanding of the period, so advocates of what has been labelled ‘Celtic’ poetry have argued for the centrality of what was once patronisingly dismissed as ‘regional’ voices in the mainstream of Romantic-era poetry.

Murray Pittock’s detailed analysis of the field investigates what a ‘national literature’ might actually mean during the Romantic period in the wake of Scotland’s annexing to England post 1707 and at a time when British culture in its nineteenth-century sense includes Irish literature.  What he discovers in Irish and Scottish writers is what he calls a ‘social romanticism’ that can be seen to pre-empt the communitarian aims of the first generation of English Romantic poets  (the early Wordsworth for example) but which has receded from view in the midst of the long prevailing post-war consensus on British Romanticism as an inward and imaginative cultural form.   Pittock maintains that the work of Scottish writers (Scotland is where the weight of his study falls as the inversion of alphabetical order in his title suggests) retains a vivid emphasis upon the relationship of the individual to society and what Wordsworth famously labelled the ‘real language of men’, which, in the case of Burns for example, is socially negotiated between Scots and English, more ‘hybridity’ than unity or ‘esemplasy’, to use Pittock’s borrowing of a Coleridgean term.

A similar hybridity or doubleness characterises Pittock’s own methodology.  On the one hand, he wishes to reinstate Scottish and Romantic writers into the canon of high Romanticism ambushed by partisans of the aforesaid Six from the first half of the twentieth century onwards.  He argues for the inclusion of Burns and (rightly, in my view) the poet’s status as a precursor of Wordsworth.  Printed in the provinces, composed in a vivid straightforward and poetic idiom, simultaneously experimental and looking back to the medieval age in a manner foreign to the Augustan literary tradition that had appealed for its authority to the age of Greece and Rome, Poems, Written Chiefly in the Scottish Dialect (1786), no less than Wordsworth and Coleridge’s Lyrical Ballads, published a decade later, similarly valorised the experience of the rural poor.  To a certain extent, mid- to late eighteenth-century Scottish poetry, not just Burns but also the slightly earlier tradition of James Beattie, ‘Ossian’ (James Macpherson) and Allan Ramsay, was a bedrock of early Romantic poetry, in its fascination with the experience of the peasantry and indebtedness to the ballad tradition, and in its emphasis upon the local, the traditional, the superstitious and the folkloric, and, simultaneously, upon the national.  Scotland has a strong claim to be seen as the cradle of Romantic poetry in Britain and Ireland.  Or so we might argue.

On the other hand (and tendentiously) Pittock argues that Scottish and Irish Romanticism emerged in opposition to Englishness.  Taking Mikhail Bakhtin and Frantz Fanon as his theoretical touchstones, he represents Scottish and Irish writing as carnivalesque and combative, simultaneously.  Freed from (English-dominated) orthodoxies, this is the ‘literature of combat’, to use Fanon’s term, a literature that is stubbornly resistant to the accepted conventions of Englishness.  ‘Altermentality’, which is a mode of perception that embraces irony and double meaning, is the name Pittock uses to encapsulate the process of play and resistance and the kind of doubleness he detects in Scottish and Irish writing.  Burns is put to the test and comes out with flying colours.  Pittock’s splendid analysis of ‘Tam O’Shanter’ concludes thus: ‘Burns reinscribes the denominating force of music, dance and song in Scottish nationhood, hidden, repressed, but there to be discovered by the quest of the drunken Tam’ (p. 163).

It is difficult to do justice in a short review to a work of the depth and complexity of Scottish and Irish Romanticism, and chapter summaries are a poor substitute but they do at least convey the range of concerns covered.  Chapter one offers a critical survey of the field from the perspective of ‘four nations’ theory, which is closely related to the thesis of ‘fratriotism’ advanced in the final chapter of the book.  Fratriotism is the notion that Scotland and Ireland share an historical experience that binds the two nations in sympathy with the victims of British imperialism.  The lines of Scots and Irish Gaelic are channelled away from England towards Europe, and Pittock’s book, it should be noted, gives an excellent account of the wider reception of Scottish writing, notably Scott’s, in non-English speaking regions or countries, Catalonia and Hungary for example, and of Scott’s influence, despite his support for the ‘Union’, on the formation of nationalist movements.  Chapter two, ‘Allan Ramsay and the Decolonisation of Genre’ deals with ‘altermentality’, while the third chapter, ‘Romance, the Aeolian Harp, and the Theft of History’, addresses issues raised for literary Romanticism by the influence of a ‘unitary British historiography and standard of polite language’ (p. 31).   The winningly titled chapter four, ‘Strumming and Being Hanged: The Irish Bard and History Regained’ examines the situation in Ireland regarding bard poetry, minstrelsy, and the formation of a national literature.  Four author-based chapters follow, namely: ‘Robert Fergusson and his Scottish and Irish Contemporaries’, ‘Robert Burns’, ‘Maria Edgeworth: Language, Culture and the Irish Sphere’, ‘Scott and the European Nationalities Question’, and, ‘Hogg, Maturin and the Gothic National Tale’.  The final chapter, ‘Fratriotism: Sisters, Brothers, Empire, and its Limits in the Scottish and Irish Imagination, c. 1746-1837’ brings to a close this magisterial, intricate book.  Pittock does not write in a style meant for beginners, perhaps, but his work is an important and nuanced challenge to the post-war version of literary Romanticism.