by Seán Crosson. This text may be archived and redistributed both in electronic form and in hard copy, provided that the author and journal are properly cited and no fee is charged for access. 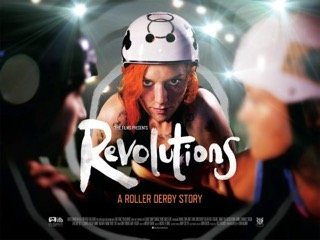 Sport has been a recurring concern of Irish documentary, reflecting its prominence more generally in Irish life. In his overview of documentary history in Ireland, Harvey O’Brien (2004) makes several references to the depiction of sport, from tourist documentaries of the 1950s that featured distinctive Irish sports like hurling and Gaelic football for exotic local colour (for example Ireland, Isle Of Sport, 1959), to Gael Linn’s celebration of Irish culture and language in dedicated documentaries on Gaelic football (Peil, 1962) and hurling (Christy Ring, 1964) in the 1960s. Sport has also been an increasing feature of Irish documentary since the 1990s, spurred on by the success of Irish teams and athletes internationally, as well as the growth of what has been called the “cinematic sports documentary”, theatrically released productions dedicated to sport and drawing heavily on mainstream fiction film practice and aesthetic (McDonald). O’Brien also refers in his study to the manner in which Irish works on sporting subjects fulfill an important national and indeed local function – in the case of the GAA – in asserting and reaffirming community identities. However, Ireland itself has undergone profound changes since the 1950s that are increasingly reflected within the subject matter of Irish film, including sports documentaries. Depictions of sport in Ireland are no longer primarily (as with depictions more generally of the country) defined and produced externally. Neither is the cultural and political imperative evident in the works of Gael Linn shared by most indigenous producers, or arguably by the majority of Irish people. In its place is an increasingly globalised culture and society, where people’s understanding and self-definition is as likely to be informed by international media culture as local custom. Sport is no different in this respect; the huge growth of mixed martial arts (MMA) in Ireland and the emergence of iconic figures like Conor McGregor – himself the subject of the 2017 doc, Notorious – speaks to this changing sporting landscape. McGregor’s gaudy employment of a range of Irish and Celtic signifiers in his self-promotion and appearance (and the apparent tolerance of his instrumentalisation of such cultural codes by most Irish people) is indicative of the declining significance of these elements as meaningful and integral aspects of most Irish people’s lives today.

McGregor’s promotion and mediatisation also shares similarities with the predominant focus found within Irish sport documentaries historically; firstly the focus of these documentaries has been almost exclusively on male protagonists. This is not of course a focus confined to Ireland; the American sports film genre in particular has played a key role in the promotion of a particular brand of ideal masculinity indelibly associated with the American Dream and defined by Aaron Baker as the “heroic individual” who “overcomes obstacles and achieves success through determination, self-reliance, and hard work” (49), a succinct summary of characteristics associated with the mediated version of McGregor. In this context, women’s roles (as evident again in the contests in which McGregor has featured to date) are “relative to the male athlete-hero” (Tudor 79), and in the public sphere they appear principally as entertainers and/or sexualised figures – whether singing the American national anthem before the Super Bowl, or titillating a mainly male audience between rounds at boxing matches or the MMA bouts in which McGregor competes.

This is the historical context within which Laura McCann’s debut feature-length production Revolutions (2017) is situated. The documentary was produced by Ross Whitaker, who has established a career as one of the leading Irish directors of sport-themed productions, including the ground-breaking boxing-themed doc Saviours (2007), and subsequent work When Ali Came to Ireland (2012), and last year’s Anthony Foley: Munsterman (2017). However, while Whitaker’s work as a director has foregrounded male athletes, McCann takes as her subject a sport predominantly associated with American culture and females: roller derby. It is possibly the least-likely sport to associate with an Irish context, and one of the most recent to be established (the first Irish club Dublin Roller Derby was only set up in 2009); nonetheless, as evident in McCann’s documentary, it has come to play a key role in the lives of an increasing number of Irish women. Indeed, Revolutions uses roller derby as the starting point from which to examine challenges faced by women in contemporary Ireland, particularly in the aftermath of the economic collapse of the late noughties. While the sport itself gets significant coverage here, as with the best sports’ documentaries, ultimately it provides a means of examining more serious human concerns.

Revolutions was produced over five years with McCann focusing the film primarily on the two leading Irish roller derby teams, the aforementioned Dublin Roller Derby and their great southern rivals Cork City Firebirds. She was given considerable access to both teams and while her work captures effectively the camaraderie and occasional conflict between team members, it is the individual portraits of team members that are most revealing. Revolutions builds up an intimate and insightful study of key individuals involved in both teams and their considerable investment in the sport they love. This passion borders on an obsession at times for those involved, as acknowledged by Cork’s “Crow Jane” at one point, a key figure in the work. Initially the main driver and spirit behind the Cork team, she eventually leaves the sport, unable to continue to maintain the level of commitment she feels necessary to be involved; “the rest of life has taken a bit of a battering”, she remarks as she leaves the Roller rink behind.

After an initial introduction to the two main teams, the film concentrates on Ireland’s participation in the first Roller Derby World Cup, held in Canada in 2011. This was the event that initially drew McCann’s attention to the sport in Ireland and it provides an engaging opportunity to foreground its growing international popularity. Despite roller derby only recently arriving in Ireland, the team nonetheless performs creditably at first, but a lack of experience and intra-team rivalry (particularly between Cork and Dublin members) eventually brings a decline in performance. What begins as a hopeful and enthusiastic adventure ends with recriminations and dissension, setting the tone for the remainder of the documentary.

The World Cup also allows McCann to introduce key figures, including Dublin City’s “Zola Blood”, the team’s manager (and indeed the initial national team manager) “Violent Bob”, and the Firebirds’ “Jessica Rammit”. As the production develops, we are brought into the lives of each of these team members and the various challenges they face in their personal and professional lives, from pregnancy to unemployment. McCann carefully documents their day-to-day struggles and the place roller derby has in bringing a sense of purpose and belonging to women increasingly marginalised in times of economic decline. Though roller derby may be looked down upon by those engaged in longer established and more popular (and perhaps for some more Irish!) sports, for the women featured here it has a crucial place in their lives. Underemployed seamstress “Crow Jane” at one point describes half her Cork team as struggling to get by, while PhD student “Zola Blood” (realising she is unlikely to find employment on graduation) views roller derby as “a coping mechanism for the unemployed”.

McCann directs the production with the assurance of a more established director; sporting sequences are engagingly and effectively edited to communicate both the particularities of a sport unfamiliar to most viewers and build the dramatic tension as the production progresses. The sequences included also underline the physicality of the sport again countering more stereotypical sporting depictions of women; key to winning games in roller derby is each team blocking (or evading the blocking of) the opposing team while circling the rink through the employment of an array of sometimes highly aggressive body checks and innovative manoeuvres. We are witnesses to the intensity of engagement, the anger, and the pain that these women experience, and occasionally inflict, on their opponents. Equally, McCann’s more intimate depictions of team members and coach “violent bob” indicate an ability to evoke revealing insights into the lives and motivations of her subjects.

Roller derby has continued to grow in Ireland since McCann’s film was released and the final credits refer to the establishment of the inaugural all-Ireland tournament. There are now fourteen teams across the island, including the more recently established and wonderfully titled “Midlands Maulers” (based in Mullingar) and the Galway City She Devils. Revolutions provides a fascinating and engaging insight into this sport and its increasing importance in women’s lives in contemporary Ireland. Neither concerned with providing exotic local colour nor affirming established conceptions of Irish culture and identity, McCann’s documentary chronicles how these Irish women live and play today in an increasingly globalised sporting and cultural context.