by Ángela Rivera Izquierdo. This text may be archived and redistributed both in electronic form and in hard copy, provided that the author and journal are properly cited and no fee is charged for access. 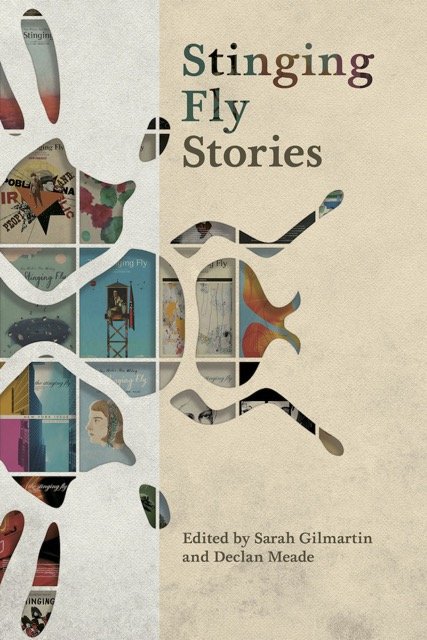 It has been 20 years since The Stinging Fly, one of Ireland’s most best-known literary periodicals, published its first issue back in March 1998. To celebrate the occasion, a retrospective anthology entitled Stinging Fly Stories has been released, containing a selection of 40 stories by 40 different writers. Since it was founded in late 1997, the aim of the journal has been to publish the best new writing, promoting particularly the short story form. Co-edited by The Fly’s founding editor and publisher Declan Meade and critic Sarah Gilmartin, the collection includes stories by both newcomers and now well-established writers, such as the inaugural trio formed by Colin Barrett, Kevin Barry and Sara Baume. Ordered alphabetically by the author’s surname, and without specifying date of publication, these stories are multifarious in nature, written by Irish and international authors who have chosen wide-ranging themes and settings for their work.

As Sarah Gilmartin notes in her introduction, “most of the stories focus on a single moment of crisis in one character’s life – the lonely voice calling out”. Indeed, loners and social outcasts populate this anthology. In Colin Barrett’s “Let’s Go Kill Ourselves” an estranged college student returns to his small Irish home-town for Christmas. An encounter with an acquaintance from his adolescence triggers memories of juvenile violence and thoughtless cruelty. This early story appears to be an embryonic version of Barrett’s Young Skins (2013). Kevin Barry’s “Last Days of the Buffalo”, featuring an emotionally bereft giant, captivates from the very beginning with its vigorous and categorical opening line “…our towns are sexed”. After losing his job at a local petrol station, phagocytised by a multinational, the enigmatic protagonist seeks peace in his daily jaunts into the countryside. Barry’s evocative prose is peppered with spellbinding lyricism and lurid vernacular. He is a masterly craftsman, endowing the text with vivid descriptions of the Limerick landscape – a blend of the mundane and the uncanny that borders magical realism.

Female characters suffer from emotional numbness in Lucy Sweeney Byrne’s “Danny” and Nicole Flattery’s “Hump”. Byrne’s protagonist, a “Frankenstein’s monster of a person, filled with immiscible contradictions and self-loathing”, voices the quarter-life crisis of an increasingly disenchanted youth. The story exposes the superficial progressivism of many youngsters whose claims to artistic and intellectual superiority vis-à-vis their parents does not necessarily entail a greater sensitivity and can even mask inexorable callousness. Cynicism and obsessiveness define Flattery’s nearly sociopathic loner, whose repressed grief manifests itself somatically. Surprisingly, it is virtually impossible not to feel sympathy for this poor wretch: “This is hilarious. No, actually, this is an illness. This inability to take anything seriously. I should get money from the state”. This is a laugh-out-loud funny story, which shows sardonic wit and a wicked sense of humour. On a similar note are Colin Corrigan’s “Deep Fat” and Philip Ó Ceallaigh’s “The Beast”. The former is an absurdly wonderful oddity concerning an unemployed man’s fixation with making perfect chips. It is quirky, savage and darkly comic. The latter is a Hobbesian tale of ruthless competition between two paranoid elderly neighbours over the ownership of a peculiar rodent. It hints at the misanthropic pessimism and harshness, but also the compassion that characterises many stories by this brilliant writer. Equally formidable is Claire-Louise Bennet’s “Finishing Touch”, a domestic tale reminiscent of Virginia Woolf or Katherine Mansfield, of a woman “determined to host a low-key, but impeccably conceived, soiree.” Bennet’s first-person narration evinces a superlative control of voice that offers intense introspection, making this non-epiphanic, almost plot-less story both eccentrically absorbing and singularly discomforting; an intrusive glimpse into the ruminations, ramblings and compulsions of a well-nigh neurotic psyche.

Yet more elderly protagonists reassess their lives in Michael J. Farrell’s “Pascal’s Wager” and Nora Pyne’s “Jeopardy”. Farrell’s is a beautifully poignant story about a man’s escape from his nursing home and the need to fulfil a longstanding, self-imposed promise. Rich in religious and philosophical overtones, it is a humorous and heartfelt exploration of the possibility of transcendence, and the eager desire to do right brought on by the proximity of death: “Pascal’s Wager was more than an intellectual exercise. “To be quite frank about it, a man with an immortal soul needed to cover his arse.” “Jeopardy” recounts the raptures and ruptures of a fervent Christian widow, whose long life has been profoundly affected by sexual repression and tamed desire due to the restrictions placed by patriarchy upon women. The residue of strict rules of decorum and puritan morality also permeates Grace Jolliffe’s “Becoming Invisible” in which a demure, fifty-five-year-old woman becomes suddenly aware of her sexuality.

There are also stories of teenaged and childhood bewilderment in this outstanding collection. In Oisín Fagan’s blatantly graphic and brutal “Jessie”, a wannabe macho man is appalled by a teenage girl’s ghastly disclosure. The protagonist’s perplexity touches deeply and is incredibly contagious. Sinéad Morrissey’s “The Day I Brought Water” captures sublimely the unawareness and vulnerability of childhood through an elegant interweaving of parallel narratives in which the reader must unravel the clues of a traumatic puzzle.

“Trouble knows its way around”, claims Kavanagh rightly in Danielle McLaughlin’s “Night of the Silver Fox”, a harrowing depiction of how desperate times call for desperate measures, set against the backdrop of Ireland’s economic recession. It shares its bleak ambience and nail-biting suspense with Carys Davies’s “The Quiet”, a gripping, unpredictable piece about a woman’s seclusion in her countryside dwelling and the dreaded visit of a sinister neighbour. The story’s eerie tone and atmosphere convey a sense of anguish and looming threat that can only keep the reader intrigued and engrossed.

Loss and desolation pervade Sara Baume’s heartrending story “Fifty Year Winter” in which the narrator’s father faces the death of his beloved wife and dog. Baume has a unique eye for describing the natural world and her use of language is exquisitely poetic and playful. It has a melodic quality to it, proving skilled use of alliteration and repetition of choruses which infuse the narrative with an unrelenting beat: “I’m standing on the cracked concrete slabs of the graveyard, between the polished granite and Celtic crosses, the plastic bouquets and green glass gravel, when I realise it will be just my father and me for Christmas this year, and the dog, who is not dead yet”. Coping with loss is also central to Claire Keegan’s “Dark Horses”, an oneiric, equine story that revolves around a mild alcoholic’s dejection and unbearable regret after losing his loved one. Its acute Irish sense of place and rendering of pub culture aligns it with Lisa McInerney’s “The Butcher’s Apron” a dazzling and satiric narrative of an unwanted flag and the irreconcilable past that looks into the power of symbolism and the dangers of the exhilaration of ecstatic camaraderie: “…tactics need to be charmed out, whetted by emphatic reminders of their history, of the times that bind compatriots. Reminiscence is a virus hopping from host to host and strengthening”.

All the stories in this anthology are priceless gems, showcasing a wide variety of voices and offering a compelling look at the human condition. “The power of a short story lies in writing that makes fictional worlds read true, writing that creates intimacy between the reader and characters ‘living’ on the page”, Sarah Gilmartin comments. These stories are surely a reality bump, stories that take you inside, capable of destabilising you while simultaneously making you feel less lonely and more sympathetic, in this bewitchingly chaotic universe. As Aldous Huxley put it in Brave New World, “Words can be like X-rays if you use them properly – they’ll go through anything. You read and you’re pierced”. Without offering great revelations or existential solutions these tales of ordinary people in desperate situations will not leave anyone indifferent.