by Ciara Barrett. This text may be archived and redistributed both in electronic form and in hard copy, provided that the author and journal are properly cited and no fee is charged for access. 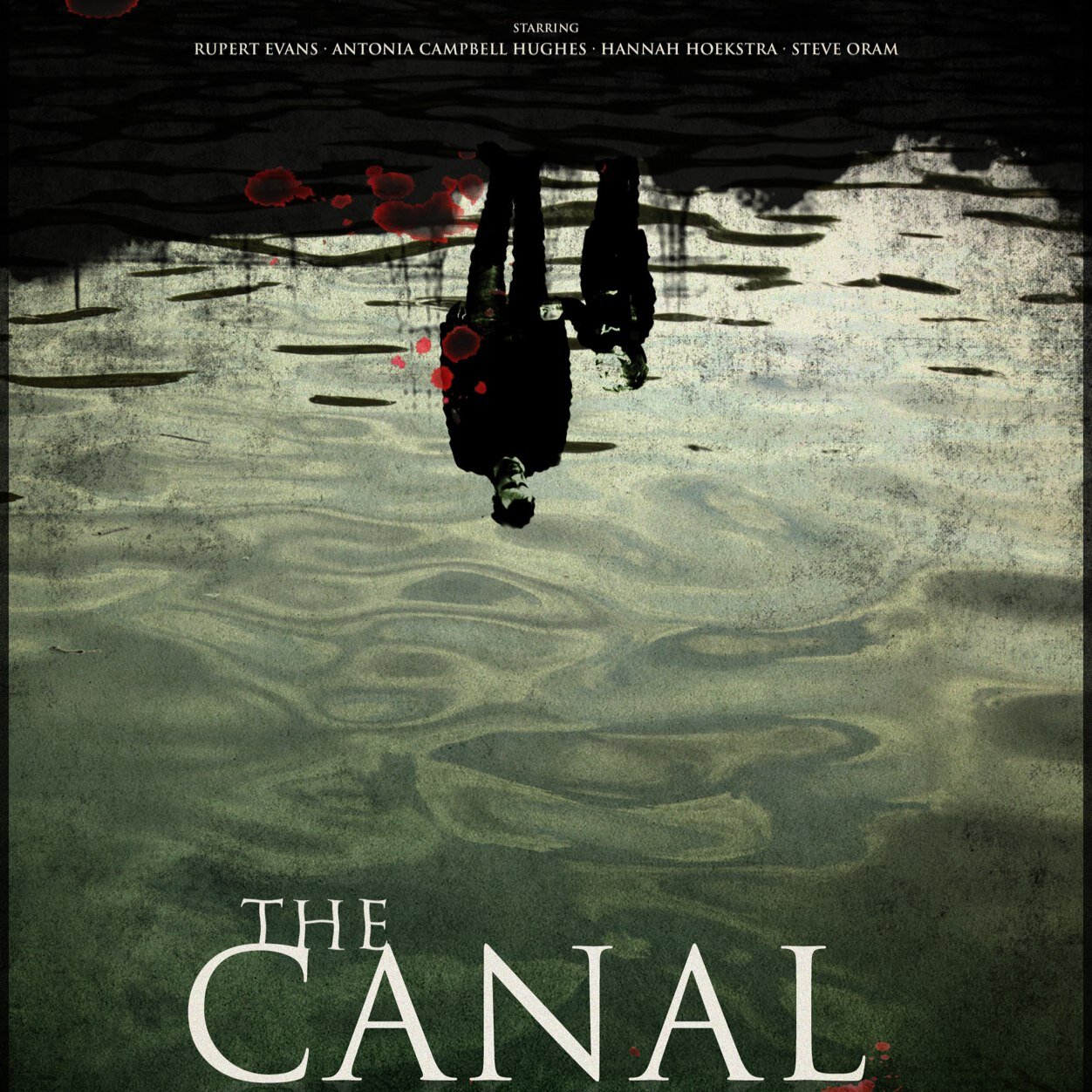 Thanks to digital film and the possibilities it presents for rapid and cheap filmmakingwith relatively sophisticated special effects offerings in post-production, the last ten years have seen a proliferation of horror films shot in Ireland by Irish directors. These films, which include Boy Eats Girl (Stephen Bradley 2005), Shrooms (Paddy Breathnach 2007), Stitches (Conor McMahon 2012), and Grabbers (Jon Wright 2012), have inclined towards a pulp-postmodern sensibility and aesthetic by generic convention. Arguably, this is all the more informed andcomplemented by their essential Irishness, being confirmedly small-time and gleefully camp. Ivan Kavanagh’s The Canal, however, may be seen as marking a departure from this pulp-Irish cycle as a Serious Horror that conceals, rather than reveals, its Irish location (in both geographic and psychological-identificatory senses) towards an overall project of dislocation and disorientation.

Boasting relatively high production values for a low budget under €1 million, The Canal deploys minimalist yet effectively horrific visual effects (by Bowsie Workshop, the Irish company that also provided effects for Stitches) in an incredibly efficient manner, amplified by Ceiri Torjussen’s musical score and a sophisticated sound design. The Canal exchanges gratuitousness of gore for layers of atmospheric dread and disorientation on behalf of both its protagonist David (Rupert Evans) and the audience, whose subjective perspective is purposely linked and confused with his mounting hysteria. Indeed, thematically and in the context of its generic and national filmic heritage, The Canal is concerned with slippage and the dissolution of borders.

Plot-wise, the film blends psychological thriller with a poltergeist-horror film premise: David, a film archivist, moves with his pregnant wife into an old house that abuts onto a grim-looking canal (the exact geographic location of which is, importantly, unspecified: the film was shot in Dublin, but in the absence of any identifiable landmarks, the setting could be anywhere).  Five years on, at the same time he and his wife Alice (Hannah Hoekstra), now loving parents to their son Billy (Calum Heath), are having marital difficulties (they are seen having awkward and perfunctory sex at home, and Alice flirts with a coworker at a work function), David views old newsreel footage that would seem to reveal their house was the scene of a crime over a hundred years earlier. At this point, David suffers a psychic break, though whether this is as a result of his failing marriage or from a sort of spiritual possession is unclear: he experiences visions of graphic violence and becomes simultaneously obsessed with historical murdersand with his wife’s fidelity. Tracking his wife to an assignation, David dreams/witnesses her assault by aphantom killer. When Alice’s body is found in the canal, and evidence of her adultery comes to light, David seeks to prove the influence of sinister forces and clear his name by capturing the ghosts he sees on film. Along the way, he tries unsuccessfully to persuade his son’s nanny (Kelly Byrne) and his coworker Claire (Antonia Campbell-Hughes) towards his thinking. Following Claire’s demise, which is visualised first subjectively/according to David as an attack by a ghost he filmed at the canal, and re-viewed later, from an alternate/objective perspective, as an assault by David, he acknowledges his own culpability in the death of his wife. This alternate reality is shown through a series of point-of-view flashbacks, which are presumed to be David’s recalled memories. David himself then drowns after being chased through a tunnel that connects his house to the canal, as he is pursued by the police and by a ghost-vision of Alice. In the end, Billy, their surviving son, is about to be led away from the home, but he hears his father speaking to him from a crack in the wall: seeming final proof that David’s visions were, on a level, real, for he has now become the ghost who haunts the house.

Taken altogether, the film juxtaposes two different versions or levels of reality in conflict with each other: David’s experience of reality, which is dreamlike and non-linear, alternating always between past, present, and the in-between, and the objective story world’s, which operates according to rational and linear principles of causation (David is a jealous husband, ergo he kills his wife; David feels guilt, ergo he constructs an alternate reality that shifts the blame away from him: ghosts killed his wife). What is ultimately so unsettling and clever about The Canal is that the film refuses, in the end, to privilege one version of reality over the other. David’s poltergeist narrative and the ‘real world’ jealous husband narrative co-exist without, ultimately, satisfying a narrative drive towards the revelation of which version of events really took place, and why. In other words, the audience is never quite certain whether they are experiencing/witnessing events from David’s subjective viewpoint or from an objective perspective outside his psychological space.

This follows from the film’s being shot and edited according a dreamlike aesthetic: jump cuts destabilise the spatio-temporal integrity of seemingly mundane narrative moments like David and Alice walking through their new house in the opening sequence, whilethe layering of various diegetic and acousmatic sounds expand the perceptible, physical limits of the screen space. The film thusbuilds an other-world of narrative, tensions from which the audience is never fully released, asThe Canal provides a purposely unconvincing retreat from David’s dream/ghost-world: After Billy listens to his father through the wall, he gets into a car that will take him away from the house forever. Seconds later, however, he jumps from the moving vehicle, and the film’s last shot is of Billy, back in the house – either having survived the jump, or having now become a ghost – closing the door on the audience and engulfing them in literal and metaphorical darkness.

It is, of course, a trope of classic horror films, from The Blob (Irvin Yeaworth 1958) to Paranormal Activity (Oran Peli 2009), that they pose a literal or figurative question mark over their ending. In this case, The Canal departs neither from broad generic convention nor from Irish-horror narrative tradition. What distinguishes The Canal, however, is its essential credulousness in horror as a ‘serious’ genre. It is postmodern, for sure, as borne out in its self-reflexive references to filmmaking, viewership, and the (re)construction of narrative, but it is never pulpy: the murder scenes, for instance, are not played outwardly for spectacle in and of themselves but rather to punctuate narrative: they are glimpsed fleetingly, thus illustratively, rather than tortuously in their duration. Similarly, the special effects by Bowsie Workshop are restrained and, for that, effective, maintaining a less-is-more approach to visualisation. Thus, when the script calls for horrific images – such as when David encounters the ghost-corpse of Alice in the bowels of the canal tunnel giving birth to a putrid foetus – the audience has not yet become inured to them. In such a way, The Canal maintains an effect of disorientation and destabilisation to the last, without resorting to camp performance and over-the-top visualisations, such as those purposely employed in Irish comedy-horrors like Boy Eats Girl or Stitches.

Further distinguishing The Canal from its Irish horror film predecessors – and compounding its overall disorienting effect – the film (purposely or not) appears curiously self-effacing of its root Irishness. As an Irish Film Board production, financed under Section 481 as an incentive to film in Ireland, The Canal is rather incidentally Irish, and its avoidance towards geographic contextualisation would appear to show Kavanagh’s willful aversion here to invoking the spectre of Irish National Cinema (there are ghosts enough in the film, after all). Therefore there are no farms, no pubs, no nods to irreverent humour – tropes of the pulp Irish horror – to provide a cultural context and genealogy to the film. In such a way, The Canal seems as displaced as its mentally unstable protagonist.

Recalling the disorientating effects and affects of its narrative, the characters/actors of The Canal literally speak to the film’s cultural dis-location and de-centredness. Out of the six main characters – David, Alice, Claire, nanny Sophie, Billy and the detective MacNamara (Steve Oram) – two (Claire and Sophie) speak with Irish accents, while the rest speak primarily with British accents or, in the case of Alice/Hannah Hoekstra and the woman who plays her mother, with Dutch accents. While on the one hand it could be argued this reflects the increasingly multi-cultural demographic of modern Ireland, mirrored by the film’s self-consciously transnational circumstances of production, the fact that The Canal avoids explicit location within Dublin, and indeed erases any implicit references to such – the cops wear ‘police’ as opposed to ‘garda’ badges, as an example – would seem to suggest that Kavanagh is putting national cinema discourses aside in search of the broader, global reach of postmodern genre filmmaking production (such as Korean horror cinema, for instance, has achieved).

Of course, just because a film or its director rejects the ‘national’ and/or the culturally specific within its text does not mean it cannot be reclaimed, (re)appropriated and/or analysed by cultural theorists as retaining implicit national/cultural signification and import. This is, after all, what historians of Irish Cinema have had to do, to flesh out the body of Irish National Cinema by reading Irishness back into, or against the grain of, film texts. One of the things that is so interesting about The Canal, however, is that it has been so self-consciously bled of any residual, textural Irishness (if it has not been bled of the Irish money that funded it), towards the intentional (or, again, not) effect of the unheimlichkeit, the sense of being in a home that is not home, haunted by the ghosts of Irish Cinema past.