The Films of Lenny Abrahamson: A Filmmaking of Philosophy

The Films of Lenny Abrahamson: A Filmmaking of Philosophy

by Stephen Baker. This text may be archived and redistributed both in electronic form and in hard copy, provided that the author and journal are properly cited and no fee is charged for access. 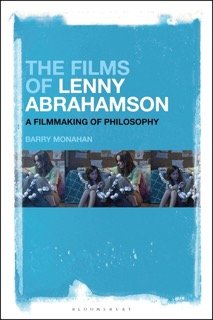 In an interview that provides the concluding chapter to Barry Monahan’s illuminating study of Lenny Abrahamson’s films, the filmmaker sets out what he sees as cinema’s potential to engage with character:

… the possibility that cinema gives you is this sort of present tense encounter with a person which at least appears, or can appear, as unmediated by the author … and it’s in that space of almost unmediated presence of that character, that the most, sometimes I think that the finest things can be … that cinema is at its best. (197)

Later in the same interview Abrahamson warms to this theme in reference to his first feature film Garage (2007) and specifically its central character Josie, a social outsider who works at a petrol station on the outskirts of a rural Irish village. Josie’s artlessness, combined with a seemingly innocuous event, leads to his disgrace and tragic end. Mocked by some of his neighbours and acquaintances, Josie bears all the hallmarks of the archetypal village idiot, but he is spared such condescension and ignominy in the hands of writer Mark O’Halloran and director Abrahamson. Loosely based on someone known to the writer and director, Abrahamson elaborates on the inspiration for Josie.

One thing that Mark and I said from the beginning was that we would like to do justice to this man … to make it an elegy to that life. … we didn’t just assert the social value of Josie and make you feel for him … It [the film] talks about very deep things that are very hard to put into words, about the ontological value of Josie, the fact that he is a real person who is now absent from nature, that he is now gone, and whatever way you thought you understood him, there are depths and spaces – interior spaces – that none of us will ever know, but you believe in him – as someone defined by his limits – you hope that he is somehow infinite by the end of the film. (201)

It is worth quoting the above at length because it gives an insight into the emotional and intellectual commitment that Abrahamson brings to the depiction of all his main characters, and it is surely the starting point for understanding what makes Abrahamson, as Monahan claims, one of the most “exciting and innovative contemporary filmmakers in Ireland” (1).

It is precisely his faithful and meticulous attention to the characters that people his films that makes Abrahamson hard to place in relation to debates about Irish film. National cinemas tend to provoke discussions that privilege the local and in relation to the global; that engage in debates about national history and society. Abrahamson’s films are studies in broader existential and universal themes. Therefore, while Monahan identifies the filmmaker as one of national significance, he emphasises Abrahamson’s international influences, ambition and reach. This is not to deny the debt owed to Irish film activists, policy makers, educators, critics and audiences, all of whom strove to develop film production in Ireland throughout the 1980s. Indeed, in the introduction to his book, Monahan makes clear that regional developments provided the seed-bed for Abrahamson’s aspirations. However, Monahan’s book is a substantial exploration of the ways in which the filmmaker has distinguished himself from the political and thematic concerns that inform much of the activist and critical debates surrounding Irish cinema. The key to this is situating Abrahamson in relation to his formative, creative influences – John Cassavettes, Werner Herzog, Ingmar Bergman, among others. Throughout the book Monahan draws upon the work of these auteurs to illustrate Abrahamson’s affinities with their respective films, and in doing so establishes Abrahamson’s credentials as an auteur in his own right.

In chapter one, Monahan highlights how Abrahamson’s earliest films, the two shorts, Mendel (1987) and 3 Joes (1991), already signalled an artist with stylistic and thematic ambitions beyond his immediate national formation. The first – directed with Stephen Rennicks while they were undergraduates – offers a talking-head style documentary of the reminiscences of Mendel Walzman, a Polish army recruit during the First World War who moved to Belgium, then Ireland, to evade the rise of fascism in Europe in the 1930s. Monahan detects in the film a visual maturity, and an interest in marginalized characters that would become a signature of Abrahamson’s later work. The subsequent, 3 Joes, is a homage to Jim Jarmusch’s Stranger Than Paradise (1984) and a further demonstration of the director’s attention to the unconventional, following the domestic routine of three oddball male characters who share a house in an unnamed Irish city. It is in this opening chapter that Monahan establishes the terms of his own study, subjecting the films to a textual analysis that is both theoretically and philosophically informed.

Each of Abrahamson’s subsequent feature films has a chapter dedicated to it. The first, Adam and Paul, is considered as a dystopian urban fairy tale, in which the film’s nomadic protagonists are set against a Dublin landscape where signs of Celtic Tiger affluence are conspicuous by their absence. It is an early indication that the sociological is not entirely absent from Abrahamson’s work. Rather, as Monahan argues, it is placed beyond the diegetic world as the films endeavour to look to wider existential questions (111). Similarly, the affluence and gentrification of the boom times seem to have passed by the rural environs and village life depicted in Abrahamson’s second feature, Garage. Monahan analyses the film in terms of its aesthetic minimalism, a strategy that draws the spectator into a contemplative relationship with the banal routines, utterances and behaviour of its main character, Josie. Often these actions appear narratively pointless, but as Monahan explains, they offer an ontological wholeness which he explores through a consideration of the film in phenomenological terms.

In contrast to his first two feature films, Abrahamson’s third, What Richard Did, is located in a privileged milieu of the Dublin middle class, presenting the story of a teenage boy from a well-off family who avoids criminal responsibility. Monahan applies Sartre’s concept of bad faith in an analysis that highlights Richard’s competence as a performer of dutifulness and contrition, a façade that is ultimately underlaid with deceitfulness and self-gratification. The question of appearances and performance are returned to in Abrahamson’s next film, Frank, the story of avant-garde rock band, led by an eccentric singer-songwriter who wears a prosthetic head, masking his visage. Monahan draws upon the respective ideas of Barthes and Deleuze with regards the fetishization of the actor’s face in cinema, rendered more complex by the concealment of Michael Fassbender’s continence as the eponymous lead in Frank. In Room, Abrahamson’s latest film, an adaptation of Emma Donoghue’s novel of the same name, the child Jack suffers his own form of concealment. Incarcerated in a shed all his life, with his kidnapped and captive mother, Jack is forced to construct his own lived reality in a confined space, his only view to the world beyond, a television. Fittingly, Monahan’s insights into the ontological questions the film explores are grounded in his reading of Baudrillard’s simulacra and Plato’s allegorical cave.

Monahan is as comfortable elaborating on the philosophical underpinnings of Abrahamson’s work as he is subjecting it to a film analysis and placing it in relation to national and art cinema, as well as the work of other auteurs. This is a book of considerable intellectual breadth, and in Monahan, Abrahamson has found a suitable interlocutor. Philosophy, after all, clearly matters in Abrahamson’s films. He is a graduate of Trinity College Dublin’s School of Philosophy, and as Monahan notes, philosophy and filmmaking merge in his work (145), in both the aesthetic strategies he employs and his films’ thematic content.

If this poses potential challenges to the lay person, it will excite the cinephile who will find Monahan’s analysis stimulating, and feel inspired to revisit or seek out Abrahamson’s films for the first time. For film scholars, teachers and students, The Films of Lenny Abrahamson offers a fascinating auteur study; a useful case study in film and philosophy; and for those with a specific interest in Irish film, it situates Abrahamson in relation to Ireland’s film industry and culture, but as an artist who avoids easy categorisation in national terms. The book should further engage teachers and students at a time when film and media studies courses are under pressure to displace intellectual content with technical competence in pursuit of the holy grail of graduate employability. For The Films of Lenny Abrahamson is a wonderful reminder that cinema is capable of thinking; not just about its own forms, genres and styles in some depthless postmodern fashion, but as an art form, able to think with some profundity and complexity about being human.