by Aida Rosende Pérez. This text may be archived and redistributed both in electronic form and in hard copy, provided that the author and journal are properly cited and no fee is charged for access. 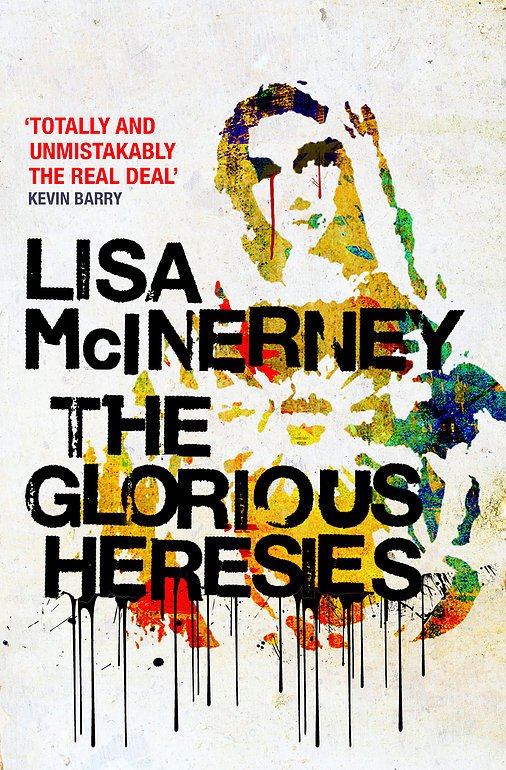 Ever since the publication of The Glorious Heresies (2015), Lisa McInerney has been repeatedly featured prominently among an exciting wave of young fiction writers whose distinctive voices are bringing renewed vitality to the Irish literary landscape. In 2006, McInerney’s Twitter persona @swearylady had already become a household name, given the popularity of her award-winning blog, “Arse End of Ireland”, where she offered a darkly comic take on underclass life in a Galway council state during the Celtic Tiger and after its demise. At that time, The Irish Times named McInerney as “arguably the most talented writer at work today in Ireland”. And in 2015, The Glorious Heresies came to confirm she is an author with an extraordinary gift for language, humour, storytelling, and the creation of memorable characters. Her captivating first novel has not only garnered widespread critical and popular acclaim, but has also recently won the prestigious Baileys Women’s Prize for Fiction (2016) and the Desmond Elliott Prize (2016).

In The Glorious Heresies, McInerney once again brings into the spotlight marginal lives, this time abandoning her native Galway to set the novel in post-crash Cork city. The plot revolves around the unintended killing of a man by a woman in her late fifties who has just returned to Ireland after a forty-year forced exile in England. The attempts by the accidental murderer’s son, Jimmy, to dispose of the corpse in his mother’s kitchen progressively disclose a web of intertwining stories that bind the novel’s protagonists. The narrative follows Jimmy, the commander-in-chief of the city’s criminal scene, as he tries to secure this position while protecting his mother, Maureen, from the penal consequences of the murder. It also follows Maureen who was banished to England as a form of punishment for her unmarried teenage pregnancy. She has been brought home by Jimmy, the son she was forced to give up at the time; and she is now tormented by a simultaneous quest for revenge for past grievances and redemption for her unintentional crime.

Other characters affected in different ways by the murder and its cover-up, include Georgie, a sex worker who knows well the old brothel that has now become Maureen’s provisional residence and the scene of her crime; Tony Cusack, an alcoholic father of six whom Jimmy puts in charge of cleaning up the mess after the killing; and Ryan, Tony’s eldest son and teenage drug-dealer. At the opening of the novel, fifteen year-old Ryan has decided to leave “the boy outside its own front door” and metamorphose into a “man” through the wonders of sex with Karine D’Arcy, the classmate with whom he is deeply in love. Spanning more than six years, this transformation plays a central role in the narrative, and to a large extent Ryan’s coming of age sets the pace of the novel.

Told from the perspective of these main protagonists, the story reveals itself as one and many, each character adding pieces to the compellingly crafted form of the novel. In the main, The Glorious Heresies is narrated in a third-person voice that filters the characters’ accounts. These are interspersed with some chapters in italics that reveal Ryan’s first-person thoughts and written letters to Karine; as well as one single chapter where the italics represent Karine’s own memories of a key moment in her life. McInerney’s dynamic prose and convincing dialogue, all permeated by a dark wit, bring her characters to life as complex, human, and simultaneously damaged and damaging people. You cannot consistently love, like, or hate any of them, and sometimes your allegiances can shift in the blink of an eye. But, unlike her imperfect creatures that frequently betray whatever trust the reader may place in them, McInerney’s narrative rarely does.

The characters’ interactions are played out against the backdrop of Cork city, which to a large extent becomes one more character in the narrative. The city is a nearly oppressive presence, in both concrete and abstract ways. Even so, Cork comes alive through McInerney’s vivid use of its unique and memorable vernacular. In an enlightening article in The Irish Times in March of this year, the author acknowledges the essential role played by the Cork dialect as a means to “anchor her story, give it blood, let it breathe”.

The city offers little to McInerney’s misfits, who appear as active agents in the production of its socio-economic landscape, but repressed at its lowest level —“the corrugated shell of thousands of lives, all with their own part to play, fitting together like cogs, keeping the wheels turning. Doctors, dockers, dancers and dealers.” As a microcosm of the nation itself, Cork city in The Glorious Heresies builds its apparent harmony upon the social marginalization of those whose existence and experiences (poverty, drug-dealing, prostitution, alcoholism, etc.) contradict the image Ireland wishes to project of itself. Often embodied in the narrative as “the neighbours”, the city and, by extension, the nation turns its back to them. The novel’s protagonists feel invisible, wilfully ignored and forgotten —“The neighbours knew. Why wouldn’t they know? It takes persistence and dedication to remain oblivious”. They are often silenced by shame, unable to vocalise their stories, to make their bruises seen. Even when the narrative is structurally built on encounters and connections, its thematic concerns paradoxically and effectively orbit around isolation and the kind of loneliness one can experience in the midst of a multitude.

Ongoing institutional neglect and active social exclusion are among the novel’s main concerns, particularly when it engages with representations of and attitudes to sex, family, motherhood and – impinging on all these – patriarchal constructions of femininity and masculinity. Past and present are symbolically threaded, in this regard, by recourse to the metonymic image of the “Holy Stone” that becomes Maureen’s improvised murderous weapon: “A flat rock, about a fistful, painted gold and mounted on polished wood, with a picture of the Virgin Mary holding Chubby Toddler Jesus printed on one side in bright Celtic colours”. This relic seems to stand in the narrative for an Ireland whose theocratic Catholic past is generally perceived as long gone, and preserved only as marketable kitsch. However, the novel makes clear that the legacy of the church can still do much harm.

In The Glorious Heresies, Lisa McInerney portrays an Ireland that has not learnt “its history lessons” and continues turning a blind eye to the needs and rights of those who do not fit into picture postcard Ireland: “And shame on you, Ireland, thought Maureen, four full decades later. You think you’d at least take care of your own?”. But there is also hope in this novel that urges us to “scale it down. Zoom in. Look closer”, a critical step that may open the door to a more compassionate and inclusive society that actually sees and, most importantly, cares about both the dismissed wrongs of the past and the injustices and inequalities of the present.