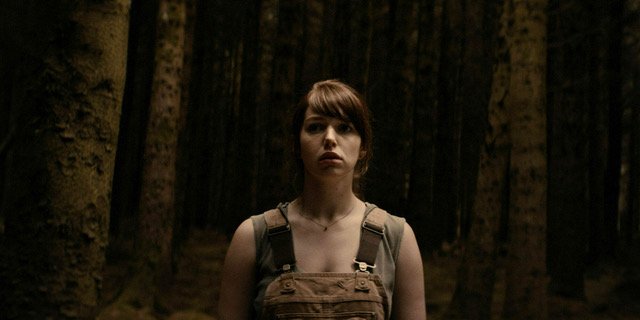 Director Lee Cronin’s feature debut, The Hole in the Ground, had the most prominent release of any domestic Irish film last year. Backed by a strong marketing campaign, the film was distributed to 70 screens around the country and became the best-performing indigenous film of 2019 (Bramhill 2020). This article locates the film within the wider cycle of Irish horror output, a corpus linked by Barton (2019) to Roger Corman’s low-budget Connemara studio operation, co-created with Udarás na Gaeltachta in 1995. As the film would not exist without public funding, and because such funding is often justified in terms of economic (particularly employment) benefits, I investigate its production history in terms of the career development of its makers, including their wider network of industry contacts and creative workers. The focus on these industrial and labour aspects of The Hole in the Ground’s development, production and exploitation is undertaken with a view to exploring the “intellective and physical labour” at the heart of media production and dissemination, addressing what Vincent Mosco terms the “labour blind spot” in western film, media and communication studies (Mosco 2011: 358).

In the film, Seána Kerslake plays Sarah, a young mother who moves with her son Chris (James Quinn Markey) to a semi-rural village, in the aftermath of an apparently toxic relationship with the child’s father. When Chris begins to act strangely, Sarah links his disturbing personality changes to the mysterious crater she discovers in the nearby woods, eventually concluding that the boy is not, in fact, her son. Cronin and co-writer Stephen Shields thus draw on Irish “changeling” folklore: the child kidnapped by a supernatural presence, replaced with an imposter. True to generic convention, no one but Sarah seems concerned about Chris, except their eccentric neighbour Noreen (Kati Outinen), the “wise old woman” whose function is to identify the imposter and restore normality by setting in motion a gruesome chain of events (see Mac Philib 1991).

Of Corman’s Irish-made films, Barton identifies two in particular – House of the Damned (1996) and Wolfhound (2002) – that draw on “Irish gothic” elements (shadowy castles, haunted cellars, domestic terror), paving the way for subsequent indigenous films like Isolation (2005), Boy Eats Girl (2005) and Wake Wood (2010) to present the Irish countryside as a “credible site for horror” (Barton 70). The Hole in the Ground undeniably contributes to this emerging tradition, mobilising a range of generic tropes to fashion a chilling “bog gothic” atmosphere. Cinematographer Tom Comerford depicts a washed-out, brooding natural landscape of unmanicured meadows and eerie woodland, where the beckoning crater and its ghoulish inhabitants imbue the liminal village location with “fear and anxiety… the sublime and the supernatural” (Gladwin, quoted in Barton 70). Sarah’s progression through suspicion, conviction and ultimate decisive action is an ambiguous journey through madness or heroism, depending on the spectator’s interpretation of unfolding events. The woodlands and their concealed horrors threaten Sarah and Chris’s existence, placing the film firmly in the “revenge of nature” cycle through which some Irish horror films have articulated contemporary environmental anxiety (Barton 70). Perhaps crucially, this vengeful landscape is not particularly identifiable as Irish, while the eclectic casting of Irish, Finnish and Scottish actors further enhances its borderless appeal.

As a feature debut, The Hole in the Ground marks a career milestone and an opportunity to appraise the developing career arcs of its makers. Cronin, who hails from the north county Dublin village of Skerries, emerged in 2004 when his IADT student comedy Wilbur & Anto won Best Film at the Cinemagic Young Filmmaker competition in Belfast. Six years later, Cronin formed Rank Outsider Productions with producer John Keville and made Through the Night (2010), an atmospheric horror short. This project drew together for the first time a creative nucleus that has remained intact ever since: Cronin, Keville, Comerford, and editor Colin Campbell. Soon afterwards, Rank Outsider increased its momentum with Billy and Chuck (2011), with funding from the long-running Filmbase/RTE Shorts scheme. The Masterplan (2011), an episodic drama produced for the RTE Storyland competition, followed.

The Filmbase scheme (discontinued with the organisation’s demise in early 2018) had been unearthing future Irish feature directors for almost 30 years. Rank Outsiders’ participation thus boded particularly well for its founders’ careers, borne out when the team’s next project, the stylish horror short Ghost Train (2013), premiered at Clermont-Ferrand, the most significant “A-List” festival on the European short film circuit. The film’s development had seen Cronin and Keville leverage their growing reputation in the short format, securing a slot at Euro Connection 2012, an annual networking event matching filmmakers with international funders. Pitching the Ghost Train script, the duo secured €35,000 from the Finnish Film Foundation, a commitment that encouraged Keville to approach the Irish Film Board (IFB) for additional funding. While the amount of the IFB contribution is unclear, it seems likely that the Board contributed the remainder of the film’s total budget, listed as €101,000 by the Finnish Film Foundation (SES Ghost).

Ghost Train proved an effective calling card. Its festival success and the reputational afterglow enjoyed by the contributing screen agencies enhanced Rank Outsider’s status with the public funding bodies. When the film won Best Short at San Sebastian in October 2014, Cronin had already received a development loan for The Hole in the Ground (IFB 2015, 27). The script attracted more funds in 2016 (IFB 2017, 31), bringing total IFB development support above €40,000, a relatively large amount reflecting the Board’s considerable confidence in the project. To make the film, Rank Outsider combined forces with Savage Productions, a Dublin company with a track record in features. Shooting commenced in 2018 on a budget of about €2 million, about two thirds of it from Irish sources (Table 1).

To complete the budget, the filmmakers built on their Ghost Train network to configure the film as an international coproduction. Demonstrating the value of EU-level industry contacts developed under initiatives like Euro Connect and EAVE (an EU-funded producer’s network), Keville reunited with Ulla Simonen, the Finnish co-producer on Ghost Train, triggering another €100,000 contribution from the Finnish Film Foundation (SES Hole). Belgian co-production status was achieved through a relationship with Benoit Roland, who had co-produced the 2015 feature You’re Ugly Too with Savage. Wallimages, a regional Belgian film fund, added further diversity to the funding mix. With all of these publicly funded commitments in place, the remainder of the €2m budget was raised through deals with international distributors and financiers, and a 24-day shoot ensued in Dublin, Wicklow and Kildare. The co-production status necessitated some quid-pro-quos, with several Belgian and Finnish companies contributing to the film’s sound, special effects and post-production elements, and the casting of Finnish actors in two prominent roles.

By the time of the film’s prestigious premiere at the Sundance festival, The Hole in the Ground was a hot property by Irish standards. US theatrical rights were in the hands of A24, an indie distribution specialist whose success in marketing low-budget horror films like The Witch (2016) and Hereditary (2018) suggested similar ambitions for the Irish film. Deals with Vertigo Films and Wildcard Distribution underpinned a planned wide release in the UK & Ireland. Further sales would bring the film to theatres across Europe, South America, Asia and Australia.

But as William Goldman memorably insisted, in the film business “Nobody knows anything”, and the thinking behind the film’s initial release schedule, in Ireland and the US at least, proved wishful. Its Irish chart-topping status did little to disguise a disappointing take of €141,000. Off similarly wide release schedules, 2018’s Black ’47 (€1.5m) and 2017’s Cardboard Gangsters (€182,000) had proved considerably more popular with Irish audiences, suggesting that these two films had capitalised more successfully on their respective western and urban gangster genre appeal. At the box office at least, The Hole in the Ground failed to achieve similar penetration with Irish horror fans. A meagre take of $21,000 suggested that US audiences were similarly nonplussed.

In non-anglophone markets, however, the film proved far more resilient. According to Box Office Mojo, it amassed a respectable $3.37m worldwide, mostly in Mexico, Italy, Germany, Russia and the UAE. Following this initial release, the film was sold to the Netflix and Amazon Prime streaming services, where it continues to be available to a wide audience.

The production history of The Hole in the Ground effectively illustrates the value of incremental advances, long-term relationships, and a successful negotiation of the international funding ecology in building creative careers, answering Mosco’s call to better understand “the work that goes into communication and culture, and the workers who perform it” (362). Ultimately, The Hole in the Ground found a global audience, a success enabled by its skilful application of horror conventions; a committed cast; a well-functioning creative and producing team with experience amassed over time; and a history, perhaps crucially, of working with children and young actors, a recurring feature of Cronin’s oeuvre.