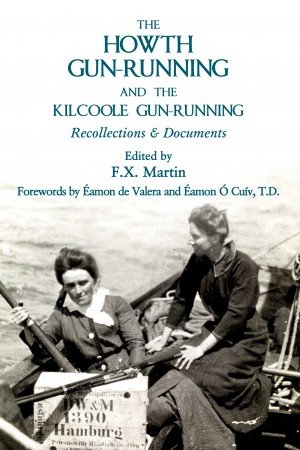 The commemoration circus is in town and it is unlikely to break for an interval until the end of Ireland’s so-called “decade of centenaries”, 2013-23. Such is the volume of output of the industry that fatigue might set in amongst both consumers and performers even if the role of politicians and government was not so pronounced. Jockeying for position at prospective parades is taking precedence over archives, libraries and scholars. History and commemoration are not necessarily mutually exclusive, but the relationship between the two is troubled. Contemporary advocacy of pluralism is admirable but if the pursuit of inclusivity involves the adoption of simplistic dichotomies or the weaving of intricate processes of change into seamless narratives, historians have a responsibility to complicate things. A prescriptive focus on a “shared” past and the associated promotion of the notion of one common future is not good history. A more honest approach might be to identify and explain the roots of and reasons for difference. A mature state should not be afraid of its history.

For all who wish to understand the developments of 1913-23, and the motivations, aspirations, and opinions of some of the era’s protagonists, this publication is timely. It can act as a primer for the uninitiated or a valuable reference text for the student or expert. To coincide with the 100th anniversary of the Howth and Kilcoole gun-runnings in the summer of 1914, Merrion/Irish Academic Press reissued the original 1964 F.X. Martin-edited volume on these crucial episodes in the revolution. Happily, while it may have one foot inside the commemoration tent, it remains a classic history text. It describes what really happened rather than engaging in wishful thinking about what might have been. This version includes the important additions of an introduction by Ruán O’Donnell and Mícheál Ó hAodha, dramatic new photographs, and an index. All of these make for a better experience for the reader.

The most striking feature of this work, however, as it was fifty years ago, is the gripping tale that it tells of the astounding seaborne operation to illegally land black market weapons. The narrative unfolds through the fascinating collection of diary entries, letters, eyewitness accounts, reports and other contemporaneous documents. The truths of complex plotting, courage, daring, missed rendezvous and improvisation, perilous transfers of precious cargo, running repairs in capricious conditions, and the ebbs and flows of luck are all laid bare. The combination amounts to an extraordinary historical record of a key moment for twentieth-century Ireland.

The smuggling reached its successful conclusion only days before Britain declared war on Germany. Yet the issue that had dominated public debate in Ireland over the previous years was not the probability that the increasing militarisation of European societies would reach the logical conclusion of conflict. Rather, it was the demand of the nationalist majority for Home Rule – a limited measure of control over domestic affairs for a Dublin parliament with basic necessities of sovereignty such as control over defence and foreign policy, trade and policing remaining at Westminster. This moderate claim proposed nothing so extreme as a republic and reflected realism regarding the balance of power in Anglo-Irish relations. Unionists, who were predominantly Protestant and had their power base in north-east Ulster, feared Home Rule as a threat to their political, cultural, civic, economic and religious interests. Home Rule was equated to “Rome Rule”. Unionism resolutely refused any concession and demonstrated readiness to defy the common will and even parliamentary opinion. The Orange Order had taken the lead in drilling and arming men since 1911 and, against a backdrop of progressively hardline oratory, the Ulster Volunteer Force came into being in early 1913. The soon-to-be gunmen were stepping out of the shadows. The Irish Volunteers were founded in late 1913 with the aim of securing Home Rule. A wary Dublin Castle, observing two hostile formations of hundreds of thousands of men on the island, banned the importation of arms that December.

The separatist Irish Republican Brotherhood secretly infiltrated the open militia that was the Irish Volunteers and manipulated it into an instrument of insurrection in 1916. From the outset, financial resources were being amassed throughout Ireland, Britain, and Irish-America, as well as in Europe. But the Ulster Volunteers, supported by powerful conservative interests at home and abroad, again led the way. Under the eyes of the state apparatus, they brought 25,000 German rifles and three million rounds of ammunition ashore in April 1914, principally at Larne in county Antrim. Loyalist hawks celebrated a military and political victory, amplifying their paramilitary firepower and substantiating their rhetorical challenge to Home Rule. The relatively underwhelming nationalist response was to purchase 1,500 bargain basement single-shot, 1871 designed Mauser rifles and 50,000 rounds of ammunition, also in Germany. Still, they served a purpose.

Sailing through storms and close encounters with the Royal Navy, the bulk of the consignment was brazenly delivered to Howth in broad daylight by the Asgard, with the former British soldier and best-selling spy novelist, Erskine Childers, at the helm. The blaze of publicity which followed meant that the delivery to Kilcoole was, literally, a much more shadowy affair, conducted under cover of night. The coup enhanced the prestige of the Irish Volunteers, radically altering external perceptions of the organisation and increasing its capabilities. While many Ulster and Irish Volunteers soon fought for the same side against the Kaiser (as did Childers), 1,500 of the rebels who stood against the British Empire in the Easter Rising carried Mausers.

The Howth and Kilcoole gun-running episodes highlight a number of related dynamics of the campaign for independence. At the heart of the story are the contributions to the positive advances of 1913-23 made by two groups which are often unheeded – the “Anglo-Irish” gentry and women. The Enlightenment Protestant radicalism of Wolfe Tone and the United Irishmen may no longer have been the defining features of Irish republicanism, and it did not feature to any great extent the anti-Catholicism and anti-clericalism that characterised its continental counterparts, but a progressive, secular vision could still unite a diverse array of patriotic personalities, among them Erskine and Molly Childers, Roger Casement, Alice Stopford Green, and Mary Spring-Rice. That alone makes Howth and Kilcoole worthy of commemoration.