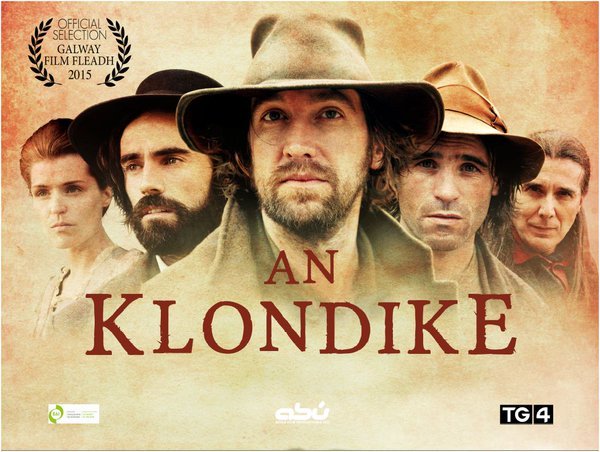 The Making of a Western in Conamara: An Klondike (Dathaí Keane 2015)

The Western has been one of cinema’s most enduring and versatile genres. Despite the various remarks on the “death of the Western” (Buscombe 1988: 268), the genre has reappeared in new forms, spaces and time periods. No longer is it confined between the 1860s and 1890s on the Western frontier of North America; the Afghanistan set The Kite Runner (Mark Forster 2007) has been examined in terms of the Western genre (Kollin 2007: ix-xix) while a similar productive analysis could be undertaken of the Turkish film Once Upon a Time in Anatolia (Nuri Bilge Ceylan 2011), a work reminiscent (and not just in its title) of Sergio Leone’s Once Upon a Time in the West (1968). It would seem therefore overdue for an Irish Western production, though some have suggested that John Ford’s (the seminal Western director) Irish-set film The Quiet Man (1952) might be regarded as such (Byrne 2009: 30-41; Faraci 2016). Abu Media’s An Klondike (Dathaí Keane 2015) certainly fits the bill and was welcomed in the considerable (and largely positive) Irish press coverage it received as “the first Irish Western” (e.g. Stacey 2015).  In both the four-part series broadcast on TG4 and the edited, feature-length cut screened at the Galway Film Fleadh, the production is replete with many of the tropes of the Western genre; a setting in the 1890s in Western North America (the Klondike region of the Yukon in north-western Canada); conflict between civilized order (represented by the local Mountie Sam Steele played by former Stunning member Steve Wall) and an apparently lawless frontier town, Dominion Creek; and an array of familiar iconography including recognisable Western attire, a local saloon –The Golden Nugget –, a confidence trickster, prostitutes, the local bigwig saloon owner and his gunslinging enforcers. However what sets An Klondike apart from any previous Western is that most of the dialogue is conducted through the Irish language.

Almost ten years ago in issue 3 of Estudios Irlandeses, I published a piece on Irish language film and television. In part, ‘From Kings to Cáca Mílis: Recent Trends in Irish Film and Television as Gaeilge’, was responding to hopeful signs within film and television production in Irish (including the release of two feature films in Irish in 2007) in a context where the language continues to be under considerable pressure and some decline in the Gaeltacht – or Irish-speaking – parts of the country. One of the consequences of this decline has been the challenge it has presented to filmmakers wishing to produce convincing contemporary drama as Gaeilge. For Paul Mercier (director of acclaimed and award-winning Irish-Language film and television including the short Lipservice (1998) and the TG4 series Aifric (2006-2008)) there are primarily three areas in which filmmaking in the Irish language can be made with integrity: films set in the past, films set in the future or films that engage with the challenges of the Irish speaker in Ireland today. The producers of An Klondike have adopted one of the most innovative and productive approaches in this respect by setting their series among Irish emigrants in 19th century Canada.

One of the strengths of this approach is that it is based on the actual historical experience of hundreds of thousands of Irish emigrants in the late 19th century, allowing the producers to build on existing historical records and strong narrative accounts of the period. Among the most acclaimed modern Irish language texts is Micí MacGabhann’s Rotha Mór an tSaoil (1959) – republished in English as The Hard Road to the Klondike (1962) –, which describes MacGabhann’s experiences during the Klondike gold rush, when an estimated 100,000 prospectors (many of whom were Irish) migrated to the Klondike region of the Yukon in north-western Canada following the discovery of gold there in August 1896. An Klondike draws much inspiration from MacGabhann’s vivid descriptions of events and characters while other characters in the series are based on actual historical figures, including confidence trickster Soapy Smith (Michael Glenn Murphy), local officer Sam Steele (after whom Canada’s fifth tallest mountain, Mount Steele, is named), Native American Skookum Jim (Julian Black Antelope), and Father Judge (Clive Geraghty), who became known as “The Saint of Dawson” for his work providing shelter, food and medicine to poorer and ill miners caught up in Klondike’s gold rush.

A further more contemporary inspiration for the production was HBO’s Deadwood; An Klondike’s director Dathaí Keane has recalled watching a scene from David Milch’s acclaimed Western series where two men are in a saloon and speaking Irish to each other and being struck by how “Irish people travelled abroad and could easily have been speaking Irish in the Wild West and it made me think “where else could they have been speaking Irish”?” (Keane quoted in Brosnan 2015). Language is an important aspect of Keane’s production, with most of the leading cast native speakers, and the series includes several moments where the use of Irish is commented directly upon – including one particularly humorous scene where one of the leads, Tom Connelly (Owen McDonnell, a native speaker), offers to ram the teeth of the local Irish enforcer Galvin (Ned Dennehy, clearly a non-native speaker of Irish) down his throat in the hope it may improve his Irish language skills.

The focus of the film, however, is primarily on the experiences of three Connolly brothers: the eldest and most ambitious Tom (Owen McDonnell in a role very reminiscent of the character he played in PJ Dillon’s excellent short An Ranger (2008)), the deeply religious Pádraig (Dara Devaney), and the youngest and feckless Séamus (Seán T. Ó Meallaigh), all of whom travel from Montana to the Yukon in search of their fortune. Their initial decision to do so is inspired by a family friend who gifts them a claim along with a cryptic Native American map that may lead to its location (if they could only read it). However, before they can set out, Séamus steals the map and claim and heads off alone, only to sell it to the local saloon manager, JJ Hopkins (Ian Toner) in return for gambling money. When his brothers catch up with Séamus, Hopkins offers Tom the chance to earn back the claim by fighting a Native American, Skookum Jim. After regaining the claim and mysterious map (and befriending Skookum Jim), Jim helps Tom to decipher it, leading the brothers to their claim. However, finding the claim brings further conflict among the brothers and with the locals, particularly after the arrival of Hopkins’ father, Jacob (brilliantly played by Robert O’Mahoney), the real power in the town who goes to considerable lengths to undermine and destroy the Connollys after Séamus kills his son in a duel. In all of this the film repeatedly reveals the harsh reality that lay beneath the much mythologised ‘American Dream’ that attracted many of the thousands of Irish emigrants to the Klondike.

The producers of An Klondike manage to create a convincing portrayal of the time and place, assisted considerably by the excellent production design of Padraig O’Neill and the evocative musical accompaniment composed by Steve Lynch, who drew on many instruments that would have been heard in the Klondike region during the Gold Rush. Setting many of the series’ scenes in the local saloon also offered the opportunity for regular live musical performances, particularly by the excellent Siobhán O’Kelly as Kate Mulryan, a love interest for both the local Mountie Steele and Séamus Connolly. The convincing realisation of time and place is all the more impressive as Klondike was entirely shot in Conamara on the very modest budget of €1.8million; the town of Dominion Creek was built on a site next to the Glengowla mines (where the mining scenes were shot), near the town of Oughterard. While the landscapes of Conamara and the Klondike share considerable similarities, the extent to which O’Neill and his production design crew went to create this late 19th century Canadian town is impressive; research was carried out in the Dawson City Historical Conservation Society who advised on the architectural details of each building depicted in the series including features such as doors, windows, cornices, and balconies.

An Klondike does have its flaws and the transition from series to feature film is not wholly successful, particularly given the at times convoluted nature of the series’ many subplots. Pádraig’s role in particular is underwritten and his relationship with Father Judge and the priest’s attempts to establish a local church and hospital would have benefited from more development. However, the series as a whole offers a convincing and engaging rendering of the period in question. What is more, An Klondike is also revealing regarding the place, position, and ambition of Irish language film and television production today. It speaks to the huge advances made in this area since the advent of TG4 (initially TnaG) in 1996 – advances charted in previous articles in this journal including last year’s review of Tom Collins An Bronntanas (The Gift) – and provides yet a further reimagining of one of cinema’s most significant genres.