by Elizabeth Malcolm. This text may be archived and redistributed both in electronic form and in hard copy, provided that the author and journal are properly cited and no fee is charged for access. 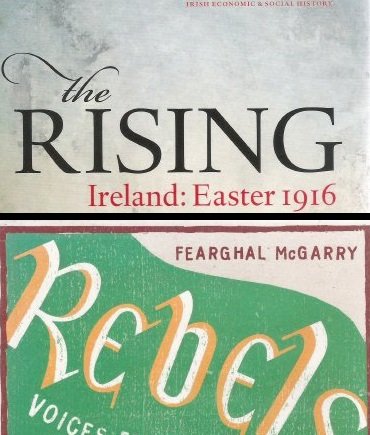 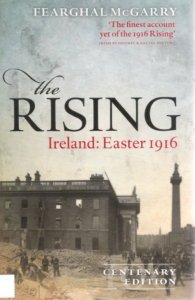 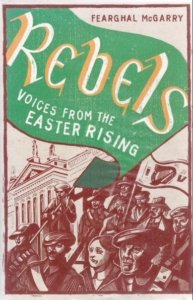 According to Fearghal McGarry, the 1916 Rising is the “most controversial event in Ireland’s modern history” (Rising, 8). In addressing this controversy, McGarry’s two books trace important new developments in the century-long historiography of the Easter Rising that has become almost as controversial as the event itself.

From the 1920s onwards, accounts of the Rising focused especially on two of its leaders, Patrick Pearse and James Connolly. Both men had published prolifically during their lifetimes and bequeathed to future generations a large body of polemical writing. Pearse, as a devotee of the faith-and-fatherland school of nationalism, appealed especially to the dominant Fianna Fáil Party, to republicans and to the Catholic Church; whereas those inclined more to the left, than the right, of politics directed their adulation at Connolly, the Marxist champion of workers’ rights. The other five signatories of the 1916 proclamation of a republic were pushed into the background, although some of them, notably the dogged old Fenian Tom Clarke and the tireless young organiser Seán MacDermott, actually played a more important role in bringing about the Rising than did either Pearse or Connolly. Writers argued endlessly over Pearse’s objectives and whether he really intended the Rising as a “blood sacrifice”; or they debated why Connolly had apparently abandoned his internationalist working-class ideals to join a rebellion led in the main by middle-class Catholic nationalists.

Uncritical public celebration of the Rising reached its peak during the 50th anniversary in 1966. At that time, the president of the Irish Republic, the taoiseach (prime minister), plus other senior politicians and civil servants were all veterans of the Rising. The 1916 generation dominated politics and public affairs in the Republic for half a century, most notably in the person of Éamon de Valera, who lived until 1975. He, though, was by no means the last Rising veteran: a handful survived to the end of the century.

After 1966, however, things changed rapidly. The Troubles in the North, beginning in 1968-9, led some to challenge the morality of violence as a political weapon. Clergy and historians in the South, like Fr Francis Shaw and Professor F.X. Martin, had already started to publish articles and documents drawing upon traditional Catholic just war theory to question whether the bloodshed of the Easter Rising was really justified, given that an Irish Home Rule Act had been passed in 1914 and was due to come into force immediately World War I ended. Politicians too were having second thoughts about celebrating the Rising amidst the carnage of the Troubles. The Provisional Irish Republican Army claimed that the 1916 declaration of an all-Ireland republic legitimised its armed struggle to overthrow British rule in the six counties and re-unite Ireland by force. Southern politicians, like Dr Conor Cruise O’Brien, criticised the 1966 celebrations for having encouraged republican violence, while others attempted unsuccessfully to reclaim the Rising from the Provos. In the end, though, governments found it easier to ignore anniversaries or tone down celebrations. Military parades in Dublin on Easter Monday largely ceased during the early 1970s and did not resume until the 90th anniversary in 2006, while the 75th anniversary in 1991 was an extremely low-key affair. Not until 1998 and the Good Friday Agreement, which it was hoped marked the end of the Troubles, did re-evaluation and celebration of the Rising in the Republic finally become less fraught.

Perhaps the most significant recent development in the Rising’s historiography has been the opening to the public in 2003 of the archive of the Irish Bureau of Military History. The Bureau was set up in 1947 by de Valera to gather first-hand testimony from surviving participants in events between 1913 and 1921: that is especially the Rising and the War of Independence, but not the 1922-3 Civil War. Information was also gathered from clergy and from some former police and military personnel. In all, 1,773 witness statements and other assorted records were collected over a period of ten years. However, the government decided that the material would not be made available until after the last witness had died. That did not occur until 2003. (The Military Service Pensions Collection, released online in 2011 at militaryarchives.ie, is another major new source of data on those who took part in the Rising, but McGarry’s books were written before this material became available.)

Naturally, historians swooped on the Military History archive once it was opened to the public. A number of books have since been published based upon it, with McGarry, a young historian working at Queen’s University, Belfast, leading the charge in terms of the Rising. It is important to bear this background in mind when reading McGarry’s work. His book Rebels consists wholly of selected extracts from witness statements, while his narrative account The Rising depends heavily upon them. Rather than a top-down approach that sees 1916 through the aspirations of a Pearse or Connolly, or the plans of a Clarke or MacDermott, McGarry adopts a bottom-up approach, attempting to understand what the 2,000 or so rank-and-file male and female members of the Irish Volunteer Force, Cumann na mBan and the Citizen Army imagined they were doing and how they experienced that traumatic week. Did they see themselves as embarking upon a “blood sacrifice”, or did they believe that a republic was achievable; did they question the morality of the violence they were unleashing upon their fellow Dubliners, or were they convinced that their cause warranted such extreme measures?

Invaluable though the witness statements certainly are, McGarry is quick to alert readers to the fact that they are also heavily mediated. To begin with, they were collected thirty to forty years after the Rising, when memories had doubtless faded or been distorted by subsequent events. Witnesses were interviewed and questioned by Bureau staff; however, it appears that potentially sensitive, but important, questions were sometimes simply not asked. Many who had played a crucial role in the Rising did not offer testimony, most notably de Valera himself. Nevertheless, despite such caveats, McGarry amply demonstrates the value of the Military History archive. From these first-hand accounts a different Rising emerges from that portrayed during the 1966 celebrations. It is a more complex, indeed chaotic, event. There is still much heroism recalled on the Irish side and much brutality reported against the British, but new players come to the fore who were almost invisible in books published at the time of the 50th anniversary. Women feature more prominently, as also do civilians, including children, and British soldiers, some of whom were in fact Irish-born.

The witness statements also throw new light on the vexed question of motivation. Diverse goals and expectations are immediately apparent. Some Volunteers did not even realise initially they were joining a rebellion, believing that the mobilisation was just another tiresome training exercise; yet others, in their testimony, gleefully characterise themselves as soldiers “going off to war” (Rebels, 151-9). During the fighting, while most of those in command were aware that the country had not risen to support them and therefore their cause was doomed, many of the rank-and-file continued confident of victory. Desmond Fitzgerald, father of the future Fine Gael taoiseach, admitted to feeling “depressed and distressed” when he heard Volunteers “talking of victory”, as he knew their leaders did not share this optimism. Indeed, the “blood sacrifice” theme is by no means dispelled by the witness statements. Tom Clarke was noted for his practical approach to revolution, yet he was reported to have stated unequivocally in the GPO: “we shall all be wiped out”. But he said this “almost with gaiety” because he believed they had already achieved the goal of ensuring that Ireland’s case would be heard before the peace conference at the end of the war (Rising, 154-5).

During the 2016 centenary celebrations, a number of books appeared devoted to the roughly 200 women who took part in the Rising in Dublin; and McGarry too uses eye-witness accounts by women extensively in his books. But, unlike most other writers, he also devotes attention to women on the other side: that is to the crowds of women who took the lead in abusing the rebels or in looting. Some male witnesses reveal in their statements that, as well as having no qualms about shooting at soldiers or police, they also had few qualms about shooting at women. On occasion, officers were forced to intervene to prevent their men killing unarmed working-class women who had been shouting foul abuse or throwing well-aimed stones. Connolly and his Citizen Army appear to have been especially angry that, rather than joining or supporting the rebels, many of the inhabitants of the city centre’s appalling slums instead took enthusiastically to looting. Connolly ordered looters to be stopped and their booty confiscated; if they resisted, they were to be shot (Rising, 142-8; Rebels, 171-9).

The historiography of the 1916 Rising has evolved significantly, if somewhat erratically, over the last 100 years and, without doubt, it will continue to evolve into the future. McGarry’s fine books mark a notable milestone in this evolution. They put us more closely in touch with the hour-by-hour events of Easter week as experienced by rank-and-file republican men and women and, in doing so, they offer a vivid and fascinating grassroots perspective on what continues to be the most disputed event in Irish history since the Great Famine of the 1840s.