by Díóg O’Connell. This text may be archived and redistributed both in electronic form and in hard copy, provided that the author and journal are properly cited and no fee is charged for access. 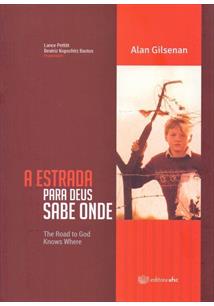 Alan Gilsenan’s 1988 documentary The Road to God Knows Where is taken out, dusted off and re-issued in the third edition of the series edited by Lance Pettitt and Beatriz Kopschitz-Bastos (2015) and published by Editora UFSC in Brazil, in both English and Portuguese, the first two being: The Uncle Jack (2011) and The Woman Who Married Clark Gable (2013). Outlined in the introduction to this publication, the aim of the series is to publish the screenplays of “outstanding films from Irish cinema” as a way of appreciating them in their “cinematic and cultural afterlives”. This book is a welcome addition to the growing and diverse range of publications about Irish cinema in the past two decades. What we have here is a slim and focused study of one film, The Road to God Knows Where, with DVD attached, two essays, script and an article by the director himself, Alan Gilsenan, placing this documentary in a wider historical, cultural and production context. The principal application of such a publication, from an academic perspective, is in the teaching and research of Irish film. Screening the film with attendant texts provides a live experience for the student and teacher to explore meaning as it has been constructed and is being constructed. As a teacher who has a clear memory of the production context of this film, it makes for an enlivening pedagogical experience, whereby the students also contribute to knowledge formation. The digital age has changed the experience of learning from “master and student” to one that is interactive – learn, teach and be taught at the same time, for both teacher and student alike. This publication provides a resource in its slim volume to engage interactively – viewing the film, reading the script, studying the essays and presenting one’s own critique – in a limited way. It lays the marker, and suggests new ways of publishing that suit the student (and teacher) of the twenty-first century in a more relevant way. So the aspiration and objective of the publication are well placed. However, the question is, does it deliver?

The selection process for this series remains elusive. Acknowledging that “the films in this series may not be the best known, widely available or commercially successful films of Irish cinema”, the editors argue that they “warrant this greater exposure not only in their own right as individual creative artefacts but to add to the richness and variety of what constitutes Irish moving image culture in the twenty-first century” (Pettitt and Kopschitz-Bastos 2015: 7). Given that The Road to God Knows Where was made in 1988 when Ireland was a very different place, is the series working on the premise that art is timeless, that films and documentaries withstanding the test of time can be re-visited and re-explored to provide new insights for new audiences in new eras? Certainly true of many films and documentaries of the past hundred years, the premise raises questions about meaning and interpretation. Are they embodied in the text, are they created by the audience and do they change over time? If this is the criteria used in selecting Gilsenan’s The Road to God Knows Where, then it is fitting. This documentary presents a multi-layered text, at the level of content and style, to be re-visited by new audiences. It is socially, politically and culturally relevant and timeless.

As this book reveals, from a number of perspectives, this film’s production context and life beyond its filmic space tell us a lot about the film itself and the film’s wider context, making it a relevant case study. Firstly, it was Channel 4’s interest in Ireland in the 1980s which led to the production of films like Mother Ireland (Anne Crilly, 1988) and Hush-a-bye Baby (Margo Harkin, 1989) among others. As part of this series of programmes, Gilsenan’s documentary elucidates on a very particular moment in Ireland’s history, both social and political but also filmic. Gilsenan, more or less a first time director, was not part of a wider co-operative or political organisation but had cut his teeth in Trinity College’s Film Soc. By his own admission, he was very lucky to get the gig.

A confluence of factors emerged. Gilsenan writes in his contribution to the publication, “the plan was to make a film about what it was to be young and Irish … [Channel 4] wanted a young company to take it on and we seemed to fit the bill” (Pettitt and Kopschitz-Bastos 2015: 64). Gilsenan’s essay gives a flavour of the process, how they came to be commissioned, the safe-guards put in place and the privileges of freedom and independence in what is increasingly a highly controlled production sector. This is clearly revealed when he was instructed by Executive Producer Davy Hammond, over a double Black Bush in Doheny & Nesbitt’s pub, “to make the bloody film that I really wanted to make” (Pettitt and Kopschitz-Bastos 2015: 65). While the tongue-in-cheek tone suggests that this might not be a strictly citable recollection, it does reveal the unusual context for the production of the film and brings to mind Orson Welles and Jean Luc Godard among others, who were remarkably fortunate, at one time, to have the trust of executives, and, yet, the huge responsibility to deliver. So while the tone may be light hearted, the task in hand was anything but easy. Like other talented filmmakers who got their first big opportunity based on a gamble rather than reputation, Gilsenan produced the goods, and the feature documentary that emerged got people talking.

The film at the time evoked many reactions and responses, some of which are recounted in the book. Reaction was mixed, and came from many different fronts, some with an agenda particularly around the perception of Ireland and Irish identity, and how that should be presented. At the same time, there was another reaction, difficult to capture in words, but one no less real. The effect of this film at this time was to satisfy a craving hunger for Irish film and documentaries, that would be deeply resonant and current, that would come from within the fabric of culture and would reflect back real and current experience. This response might be hard to imagine from the vantage point of today, when the Irish film and television production sector is buzzing. But in 1988, seeing an Irish film that reflected back stories from the ground was a rare and precious experience. This publication enables a screening by the inclusion of the DVD, and taken with the essays, goes some way to remind us of this and, far from being a trip down memory lane, the re-viewing can ignite new interpretations and insights, particularly to a mixed age audience. The inclusion of the DVD is central to this.

Irish cinema scholars, Harvey O’Brien and Ruth Barton contribute an essay each to this volume – O’Brien focussing on Alan Gilsenan’s oeuvre and placing this film within this space while Barton presents a close textual analysis of The Road to God Knows Where. In both essays, what has been learned since 1988, about documentary, Ireland and changing cultures, shapes the writing to address the film in all its complexity. Ruth Barton unpacks the complex and contradictory relationship the film has to its content – structured around the traditional and dominant tropes that have shaped Irish cinema for decades – emigration, the Catholic Church and the Troubles – and explores how these traditions can also shape the modern era. She further discusses how romanticism and realism, as Luke Gibbons argues (Gibbons et al, 1987), are not strictly defined concepts in Irish screen narratives, but fluid and interchangeable. Barton grapples with the problematic representation of Travellers, which is no less contentious here than in many other films.

The dominant tropes of Irish cinema that structure the narrative could be viewed as traditional and predictable, and yet their overarching tone is quite radical. In the not too distant future of Irish cinema in the 1990s, these defining themes will be seen as what’s holding Irish cinema back, a millstone hard to shake off. This reading, juxtaposed with the personal essay of Gilsenan, places the film beyond that of an auteurist piece, into its wider cultural context.

O’Brien, through his survey of Gilsenan’s work, reveals at one level how this body of work eschews the strict cataloguing of an auteurist study, and yet when the director’s personal experiences are introduced, particularly his health, the work gains an added explanation. The intentionalist fallacy disavows the director of explanation and this is widely accepted in Film Studies. Yet, the Cultural Studies approach has come full circle, to render meaning meaningless, in some instances. These essays combined approach the subject like a mosaic, not assuming one meta-meaning, but providing the reader and the viewer with different levels of understanding. The work can be personal and political and the meaning can be created in different spheres. The audience works on their own interpretation. Is this what great art does? Is this what film, withstanding the test of time, does?

The editors’ introduction suggests that one of the motivations for the series is the inclusion of the script in the publication. This area of study has been gaining ground for about ten years with the establishment of the international Screenwriting Research Network, an organisation that holds annual conferences and publishes a journal to promote the scholarly study of Screenwriting. Thus, this publication is to be welcomed. And yet, when scrutinised closely, the inclusion of the script might be the weakest link. The script for this documentary is included without any context. It is unclear if this is the working script, a shooting script, an editing script or simply a transcript. While documentary scripts are nowhere as institutionalised as film scripts, there are different templates. This script emphasises the dialogue of the characters with no reference to visualisation and little to sound. The pace, mood or tone, or other narrative strategies, rarely come across. What, in effect, does the publication of the script contribute to the publication and the series?

Watching The Road to God Knows Where and reading the essays in the book, from the vantage point of the twenty-first century raised in my mind the question of irony. Does the documentary take itself too seriously, or not seriously at all? Is its tone ironic, rhetorical or tongue-in-cheek? More importantly, is its narrative still relevant? With the peace process in place for over twenty years, the Troubles are deemed over. The Catholic Church has lost its firm grip on Irish society but the abortion issue is still far from resolved. Generating these questions of narrative, politically and aesthetically, affirms its place as a worthy publication and, notwithstanding one or two reservations, an assured source of learning.