by Robert Furze. This text may be archived and redistributed both in electronic form and in hard copy, provided that the author and journal are properly cited and no fee is charged for access. 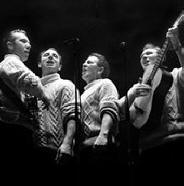 As a documentary, The Yellow Bittern, subtitled The Life and Times of Liam Clancy, navigates the territory between the empirically researched and tantalisingly lyrical; as interviews, archived footage and journeys into places from the past attempt to recreate the folk singer’s history, while certain details of the history itself remain curiously unexamined.

The facts, as vividly presented in the documentary, are presented more-or-less chronologically: Liam Clancy was born in Co. Tipperary in 1935.  His family was poor.  He became a huge admirer of literature, in particular poetry, at a very young age, an enthusiasm bolstered by a love of the oral tradition of Irish ballads the American blues tradition, as exemplified by the contemporary singer Josh White.  He meets Diane Guggenheim, who finances his early singing career, but leaves his life after attempting suicide and being committed to an institution.  Living in New York, Liam, his two brothers and childhood friend Tommy Makem form a folk quartet that is a success in both the United States and Ireland, performing in Carnegie Hall and on the Ed Sullivan Show.  He meets and marries Kim.  By the 1970s the group had run out of inspiration and money, a change in fortunes that culminates with Liam’s alcoholism and a breakdown.  The group disbands, returning for a reunion in 1984.  Finally, in a period from the early 1990s to 2007, Liam’s brothers and Tommy Makem die, leaving Liam Clancy the last surviving member of the folk quartet. (But only briefly: Liam Clancy died in late 2009).

This history is presented in chapters, ‘Boyhood’ and ‘Manhood’, which could just as easily have been named (after William Blake) ‘Innocence’ and ‘Experience’, as the first covers the years of wide-eyed simplicity destroyed by Guggenheim’s attempted suicide (Clancy was 21 when this happened); the second the period of fame, addiction, decline, resurgence and eventually  self-awareness and wisdom.

Structuring and re-telling Clancy’s life in this way enables the film to indulge in some curious dualities and parallels between concepts of, for example, poverty and wealth, rural and urban, home and away.  These are certainly underpinned by the genre distinctions of documentary and fiction noted above; but only insofar as they can confidently espouse the ‘meanings’ of national identity to a  —  provisionally  —  transnational audience.

‘Boyhood’ places Clancy firmly in the Irish landscape.  He recalls rambling shoeless throughout the wild country, a remembrance confirmed by contemporary footage of boys, some in bare feet, walking in a line along a rural track.  The film stock, as with all the archive images of this period, is authentically poor: black and white footage flecked with dust and scratches.  That these images are not of Clancy per se is hardly the point here; rather that they stand for Clancy’s childhood, just as the younger, innocent Clancy himself stands for what McLoone terms “Irish primitivism”, a “version of Ireland that presented the country as a potential Garden of Eden, populated by a simple, musically gifted, loquacious and happy … peasantry” (2000: 36). This era of pastoral bliss is accented by Clancy’s loving portrait of his parents’ relationship, for which he reserves the adjective ‘romantic’; and for the village where he grew up, which in the mid- to late-1930s existed somewhere ‘between the Middle Ages and the twentieth century’.

Nonetheless the bucolic separateness of Co. Tipperary in this period is tinged with an awareness of a world elsewhere: Clancy’s early career trajectory, to be a priest or an insurance man jars against his mental image of Tennyson’s Ulysses sailing the seas, an idealised future intensified by his awareness of an America personified by the Blues and Diane Guggenheim.

Director Alan Gilsenan is undoubtedly aware of the contradictions inherent in this apparently simple equation.  The young Clancy’s ‘America’ is not merely antithetical to a rural Ireland of limited career prospects but is in some ways also its mirror.  So amidst the nostalgia of Clancy’s words and Gilsenan’s found images, the film also manages to bring us (as Clancy observes) the ‘real history’ of the Irish peasantry, which in the art and language of Liam Clancy, is actualised through the tradition of the folk song.  In these, the true desperation of rural life is told, and as Clancy sings a ballad of an ageing man afraid of illness and starvation, it becomes obvious that what attracted Clancy to the American Blues was as much its familiarity as its newness.  The recreation of what appears to be a stereotype of Irishness in the cinematic imagination becomes, for the modern viewer, a more complex polysemy, which echoes the struggles of establishing a postmodern national identity as much as its revels in recapturing a lost innocence.  As Brereton (2009: 29-31) writes on the “branding” of Irishness, “Ireland in the new millennium is encapsulated by a culture caught between its nationalist past, its European future and its more dominant American imagination” (30). Furthermore, Clancy’s childhood becomes poignant in the post-hedonist, post-Celtic Tiger age: congruent, that is to more recent national anxieties over the possibilities of a loss of social status and the unwelcome return to a provincial past.

Clancy’s boyhood innocence nonetheless comes to the surface as he meets the American heiress Diane Guggenheim (an ingenuousness exemplified by his unawareness of who the Guggenheims were).  Diane’s bankrolling of Clancy enables his emigration to New York recalling a particular brand of modernist patronage, even as the details of their relationship are left unclear.  And as he describes his displacement to the cityscape, Clancy’s words are accompanied by montages of archival material that expose the consumerist lifestyle into which he had been plunged.  These images of young revellers with glasses of champagne and smoking cigarettes, the women in exotic couture connoting sex are more rapidly edited, aesthetically brighter and far less distressed than the footage of ‘old Ireland’: an Ireland that Clancy admits was in ‘tatters’. This culture shock is itself far more current than the traditional tale of the innocent abroad would at first appear, evoking the themes of Gilsenan’s earlier work, most fittingly his short film, Zulu 9 (2001), which follows the transport of an African asylum seeker to Ireland.  It is easy to see the parallels here.  As Herr  notes on the earlier film, the “panic and confusion [of the refugee] are heightened by the likelihood that her destination was always a vague phantom  —  a notional Ireland where people have their own, foreign ways of being and which she has yet to imagine herself.” (2007: 117.) In the context of The Yellow Bittern, Clancy too arrives in a society onto which he could not project himself.  Moreover in his implied status as an acquisition of Diane Guggenheim’s, he became a “transnational” or “fetish object”, which when transcribed to the condition of the migrant (as “cargo  —  confined  —  transported”) brings to mind painfully up-to-date examples of the trafficking of people who become “identified with the experience of liminality as well as with the past.” (112; see also Marks 2000: 78-79).

Such observations become evident in the film’s transition from ‘Boyhood’ to ‘Manhood’.  The first chapter ends with Clancy alone with Diane in a house ‘straight out of a Robert Frost poem’; a location that becomes dangerously isolated when Diane takes an overdose of pills after, according to Clancy, he rejects her sexual advances.  Her consequent rescue and institutionalisation was a turning point: Clancy had to take responsibility for his life.  The period of ‘Boyhood’, of innocence and of a liminal, ‘kept’ existence therefore came to an end.

‘Manhood’, then, charts not only the rise and fall and rise again of the Clancys and Tommy Makem, but their increased political awareness.  The songs they added to their repertoire  —  “Sam Hall”, “The Wild Rover”, “The Wild Colonial Boy”, all featured here  —  radiated with what Bob Dylan, in an archive interview, observed as ‘exuberance and attitude’.  This confrontational standpoint coincided with the group’s decision to support the Civil Rights movement.  This was an unpopular decision in the eyes of their fans, but for Clancy was necessary, as it addressed the inequalities hitherto suffered by the Irish migrant; a fact that becomes applicable and personal in the light of The Yellow Bittern’s earlier themes.  If ‘Boyhood’ encapsulates the wonder and disorientation of the young Irishman, while complicating this stereotype’s basis in reality, ‘Manhood’ does the same with the image of the politicised, rebellious Irishman in America.  This figure, according to McLoone, in “[f]acing the considerable disadvantages of a despised and feared minority, consigned to the most inhuman and exploitative jobs in the labour market, [became] organised and rebelled, eventually gaining acceptance within the dominant culture and ultimately changing the culture itself in radical and irrevocable ways.” (2000: 51). Once again it is art that intervenes to problematise the meaning of Irishness here: the footage of Irish dancers weaving between the Clancys and Makem and the gimmick of the quartet wearing matching Aran sweaters seem to pander to popular conceptions of ethnicity; just as the lyrics and timbres of their songs have the capacity to escalate to forceful, confrontational and visceral crescendos.

Ultimately, The Yellow Bittern is, as a documentary, a chronological trajectory of a life that nonetheless does not tell the whole story.  In keeping with Liam Clancy’s love of poetry, Gilsenan’s plundering the film archives depicting the changes in Irish and American culture adds a lyrical truth to the tale that is told.  Yet in doing so it manages an evocation of Irishness, and of Ireland’s past, that succeeds in commenting on the present condition of national identity, and consequently is a worthwhile companion piece to Gilsenan’s other documentaries that explore the lives of prominent, and public Irish figures (such as The Ghost of Roger Casement (2001); Paul Durcan: The Dark School (2007)). Indeed, I would argue that this interrogation of Irishness is far more important than the precise detailing of facts.  For in this context it is fruitless to question the motives of the teller or where the rupture between documentary and fiction occurs, but rather to pay attention to its understanding of politics and the condition of contemporary society.  Better, then, to remember, as Jean-Luc Godard states, that “all great fiction films tend towards documentary, just as all great documentaries tend towards fiction” (in James 2010: 37).