by Gerald Dawe. This text may be archived and redistributed both in electronic form and in hard copy, provided that the author and journal are properly cited and no fee is charged for access. 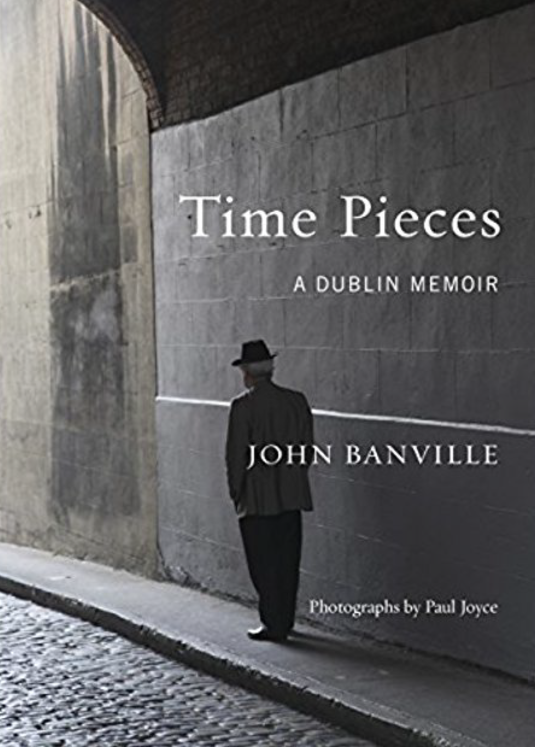 In my copy of John Banville’s novel Kepler published in 1981, the following passage on page 131 is marked in obvious approval:

I keep with me a copy of the engraving by the great Durer of Nuremberg, which is called Knight with Death & the Devil, an image of stoic grandeur & fortitude from which I derive much solace: for this is how one must live, facing into the future, indifferent to the terrors and yet undeceived by foolish hopes.

The reference to Durer’s The Knight, Death & the Devil would certainly have resonated with many readers schooled in the UK and Northern Ireland in the 1960s because that awe-inspiring engraving accompanied Randall Jarrell’s ekphrastic poem of the same name in a much used BBC Schools anthology of the time. Here it was again, blazoned on the cover of a book that richly imagined sixteenth century Germany, and written by an Irish novelist not that much older than ourselves. “A fascinating historical fiction” the blurb had it, “and also a work of art”. And was there perhaps a little borrowing going on too – “yet undeceived by foolish hopes” has just a hint of Philip Larkin floating in the background? Maybe not.

Kepler was a bracing, bold artistic act, part of Banville’s triptych which included Doctor Copernicus (1976) and The Newton Letter: an interlude (1982). What had gone before – Long Lankin (1970), Nightspawn (1971) and Birchwood (1973) – was, in a sense, a preparatory work that led the initiate into Banville’s extraordinarily imagined world of mathematics, astronomy and meditations on the meaning of history. None of the Irish “stuff” that, during the 1970s and ‘80s, was anathema to the yearning younger generation in the country. Banville was cool. That he had a prestigious position as literary editor in The Irish Times suggested an opening up of the mainstream culture to wider, more aesthetic and cosmopolitan pulses: critical philosophy, European and American literature and art, and the local brutal bloody conflict at home found a different kind of imaginative perspective and range. The Troubles became part of a European narrative, not solely the old historical battle between “Ireland” and “England”. Stirring times indeed.

With the publication of The Book of Evidence (1989) Banville reached a much wider general audience and appeared to have relented on the big frame of History. He also became a more available presence – giving readings, interviews and the like – altering his style by the 1990s with a series of finely-tuned novels including Ghosts (1993), Athena (1955), The Untouchable (1997) and Eclipse (2000). By the turn of the century, Banville’s productivity showed no signs of slowing down with the publication of Shroud (2002) and, in particular, with the international success of his Man-Booker Prize-winning novel, The Sea (2005). Since when Banville has not only published two further novels – The Infinities (2009) and Ancient Light (2012) but also, using the pen name Benjamin Black, has written a group of crime novels featuring Quirke, as his central character – one whom Banville remarks “moves around in that area where I was when I first moved to Dublin”. It is at this point of recollection that Banville’s memoir, Time Pieces takes its bearing: an annual train journey to Dublin undertaken with his mother and sister from the family home in Wexford on Little Christmas in the 1950s and staying with an aunt in Upper Mount Street. It was also the start of Banville’s love affair with Dublin, after he left school and started to work in the city.

I loved the melancholy of those Dublin evenings, despite the weight they laid upon my young heart. Railway stations at night are always incurably sad, and as the train pulled out of Westland Row at the start of the return trip to Wexford, I would have to turn my face away and press it up close against the window to hide my tears from my mother and sister … thinking back now, I suppose it was because something was ending, was being folded up, like a circus tent; was becoming, in short, the past. (32)

The process of how people and things “become the past” is largely what Time Pieces is about – that and a series of acute observations on particular locations in Dublin which the writer and his friend, “Cicero” (the book’s dedicatee, Harry Crosbie, OBE) travel to in a splendid open-top car. Notwithstanding the novelist’s reservations about writing about places and people he has known:

I have never in my life paid much attention to my surroundings wherever it was I happened to find myself – artistic attention, that is. For good or ill, as a writer I am and always have been mostly concerned not with what people do – that, as Joyce might say, with typical Joycean disdain, can be left to the journalists – but with what they are. Art is a constant effort to strike past the mere daily doings of humankind in order to arrive at, or at least to approach as closely as possible to, the essence of what it is, simply, to be. (53)

But this is only partially true of Time Pieces since it is full of wonderful mini-portraits of various forms of being such as the electric fire: “Do people use electric fires nowadays? – are they even manufactured anymore?” To which Banville muses: “The thing had the look, to my fanciful eye, of one of those garish fly-catching plants that squat in jungle clearing with a glowing red tongue enticingly exposed. It made good toast though, I remember that” (67).

Memories fuel reveries and many epiphanies cascade through the book, though, on the one and only occasion I spotted, the walking narrative recasts the past. “Turning left and immediately right” we are told, “we would come up into Merrion Square, where, at number one, a fine example, at least in its exterior, of a terraced Georgian townhouse, Oscar Wilde was born”. Nope. Oscar was born around the corner, in lowly 21 Westland Row, where Speranza hosted her salon, before moving up in the world, and literally around the corner into the temporary good fortune of a much plushier Merrion Square.

Never mind; this is a map of virtual realites and all the more entrancing for so being. There is the equally upended moment as Banville come faces to face in Pearse Street Library with the stone head of Nelson’s statue, “only slightly larger than life size”:

It stands on a modest plinth in a corner of the Reading Room, ravaged of expression, as is only to be expected – the doughty fellow was blown sky-high, after all. He has been weathered to a hollow-eyed and slack-mouthed starkness; a noticeable feature, or lack of feature, is his missing nose, which, it is said, was shot off by a stray bullet during the 1916 Rising. (127)

It is said, indeed. But the gloss that accompanies this somewhat bizarre encounter makes sense of Time Pieces and draws into the narrator’s design a deeper “abiding” artistic interest from which the novelist can’t quite depart:

Incongruity, as we know, is one of life’s abiding conditions. That I should be standing on a summer afternoon in Dublin City Library viewing the torsoless stone head from a statue to the victor of Trafalgar that fifty years before has been blown off its column in the middle of the night by a gang of IRA wildmen might not be said to rank among the more egregiously unlikely conjunctions I have experienced in my time, but, still, it felt bizarre in the extreme. Borges somewhere remarks how the surface of reality now and then and here and there reveals a tiny crack through which for an instant we catch a glimpse of the possibility of an entirely other order of things. My encounter with Admiral Nelson certainly opened one of those fissures. (127-28)

As with Alan Bennet’s praise of public libraries, Banville has a good word to say about them; there is too a surprisingly (perhaps) genial sense of life pervasive in the writing as Fifties and Sixties Dublin is recaptured. Which is not to say that the dark side of existence is hopped over. “Under a tyrannical regime”, he writes, “and the Ireland of those days was a spiritual tyranny – the populace becomes so cowed that it does the state’s work for it voluntarily. And as every tyrant knows, a people’s own self-censorship is the kind that works best” (103). Later the Catholic Church’s “cover-ups” lead to an aphoristic resolution: “my generation scratched its head and asked, in voices trembling with incredulity, ‘How could we let them get away with it for so long?’” (105).

But the question, of course, contained its own answer: We let them get away with it. “Power is more often surrendered than seized” (103). Earlier the “Ireland of the McDaid Age” is described as “a hard, mean-spirited place for anyone with artistic ambitions”, and compared with the author’s experiences of eastern Europe: they had the Communist Party “invigilating their lives from the cradle to the grave, while we had the Catholic Church doing exactly the same thing” (96).

The remnants of Southern Irish Protestantism feature in one of the love stories attached to his Dublin memories in the figure of Stephanie, “I wonder if she had a happy life, or at least a not unhappy one. Strange to think of her being somewhere, at this moment, doing something. Stranger still to think of her perhaps not being here; of her not being anywhere” (175). But regret is not the novelist’s way. Along with the wonderful black and white photographs of Paul Joyce, Banville has produced a supple, ironising portrait of himself, the city where he lives and continues to work, and the intersections that have played out between them both since he moved there first, young and hopeful.