by Alfred Markey. This text may be archived and redistributed both in electronic form and in hard copy, provided that the author and journal are properly cited and no fee is charged for access. 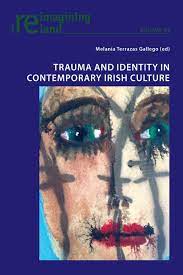 Speaking at a Shared Island Forum event in December 2021, Northern Irish comedian Patrick Kielty recounted how, in preparation for a film he was making for the BBC, he visited in July a young Belfast loyalist, Joel Keys, and that before he knew it he found himself in the unfamiliar role of helping to prepare a 12th bonfire. Invited back for the 11th night, in some discomfort he watched it burn, regulation tricolour included. Reflecting afterwards, he was unsurprised at the rejection of Irishness but struck by “how warmly I was welcomed, the genuine appreciation for making an effort to come and talk and the openness about what we had in common and what we didn’t”. As Kielty explains, this and other interviews (including one with a former commander of the UDA, the organization which had killed his father, and another with the granddaughter of Jean McConville, the 37 year old widowed mother of ten young children kidnapped and shot by the IRA in 1972) led him to realize the degree to which people in Northern Ireland today are suffering from “transgenerational trauma”. Admittedly, although the film was initially meant to be about the next generation in Northern Ireland, the experience of tentatively crossing the so-called peace lines showed him this was impossible without first addressing the traumas of the past, “challenging ourselves to go beyond our own comfort zones” in order to consider “what we’re prepared to give up to make things better for others and ourselves”.

For individuals as for communities like Northern Ireland, or Ireland as a whole, the nature of trauma is complex and deeply entangled with identity and memory as it grapples with the toxic legacy of, not only political violence, but also of an authoritarian native church happy to turn a blind eye to multiple abuses; of the systematic neglect and mistreatment of women and children in State institutions; or of the foundational violence of colonial conquest without which, some would claim, it is impossible to fully understand multiple signifiers of transgenerational trauma. Multidimensional and multilayered, the traumas are as complex as the identities of the island itself. With the delicately balanced stability achieved over the years of the Peace Process in jeopardy, amid rising tensions over the fallout from Brexit and the Irish Sea border, as we turn to a long decade of half-century “commemoration” of the worst of the Troubles, how we negotiate our narratives of grievance, our traumas and our identities will determine the future.

In light of the realization that at this delicate moment of history in Ireland we are finally coming, at least in theory, to an understanding of the importance of dealing with trauma, identity and memory, the recent publication of the volume of essays Trauma and Identity in Contemporary Irish Culture in the Reimagining Ireland Series from Peter Lang is particularly welcome. Marked by a plurality of voices, it has an exciting range of contributions on Literature and Film, Memory and Digital Archives, History, Music, and finally Creative Writing. In essence, the book gives us exactly the three successive steps which medical experts call for in dealing with trauma and identity: knowledge or understanding, dialogue and creativity.

Appropriately structured into the five abovementioned themes, the book initially provides us with the means by which to understand and gain knowledge of trauma and how it is manifest in relation to identity, before shifting the focus towards dialogue and creativity. All of this encourages the reader to cross discursive territories in conscious elaboration of a critical practice which, as editor Melania Terrazas indicates in her introduction, allows for “a basis for action” (5). Linda Connolly suggests in her preface that Terrazas’s introduction “will be an indispensable reference point both in this field and for future studies of trauma and memory in the interdisciplinary arena of Irish studies” (xii). This will be so particularly in view of the emphasis placed on ethical content, and on the proposal that scholarship is not at odds with the taking of concrete action.

The three essays comprising the first section are especially useful for providing the reader with a sound theoretical grounding from which to understand trauma in Literature and Film. Asier Altuna-García de Salazar’s expertly wrought chapter reveals how, with regards to sexual politics, John Boyne deftly teases out the relationship of structures of power to trauma and silence, while proposing storytelling as a model for creative recasting with the curative potential to undo the legacy of the past. Ruth Barton also considers how a particular artistic form can be employed to confront trauma, specifically the deep scar of the Famine, but does so highlighting how this requires an appropriate vehicle. This is not, she shows, that chosen by Lance Daly, his use of the Western film genre merely serving to perpetuate hyper-masculine tropes given a revanchist makeover ultimately more focused on market success than radical change. María Amor Barros-Del Río eschews the facile closure Barton identified and in her exploration of female migration astutely highlights how real healing has yet to be achieved. Ably combining the examination of a broad range of fictional texts with ethnographic resources, Barros’s intellectually plural perspective contributes significantly to our understanding of trauma and female migration in Ireland.

The balance and diversity of the volume are apparent in the essays on history and music. Síobhra Aiken and Eunan O’Halpin both deal with the 1916-1923 period and their ample use of archival material lends their contributions notable authority. Focusing respectively on the treatment of trauma in female revolutionaries and on two key male political figures who had seen war action (W. T. Cosgrave and Seán Lemass), taken together they give us fresh insight into this crucial period and show how while trauma was widespread, the nature of its manifestation and its treatment varied greatly, determined especially by gender and social class. The contributions from musician Fintan Vallely and scholar David Clare draw attention to the increasing protagonism of music in shaping contemporary notions of Irishness. Clare highlights the diverse origins of key figures such as Phil Lynott, Bono and Sinead O’Connor and how childhood trauma resulting from race and religious discrimination, violence and addiction influenced significantly the content and form of their work, and hence, given their impact, our understanding of Irish identity in more heterogeneous terms. A well-known musician, critic and commentator on Irish music, Vallely reads the history of traditional music as one of ideological struggle marked by an inferiority complex, but identifies in the recent emergence of female players a new potential for an enabling “ongoing negotiation and reconfiguration” (209).

In line with good practice on trauma, the book concludes with dialogue and creation. In effect, this serves as a coda which, rather than offering closure, highlights how trauma demands a constant process of dialogue and healing, evident in Pat Boran’s final poem and stimulating interview conducted with editor Terrazas. Novelist Emer Martin provides a reflection on her own work and the recurring theme of addiction and alcoholism. Her striking front cover image, “Crossing Borders”, of a besmirched female face behind barbed wire provides a haunting visual counterpoint to a timely collection of essays which rewards attentive reading.

Martin’s image and title illuminate a further fascinating section worthy of final attention, that comprised of an article on The Prisons Memory Archive oral history project from Lorraine Dennis and another on the Blanketmen and Women social media page from Patrick J. Mahoney. In both we find the direct testimony of former “Troubles” prisoners. Both are valuable for providing raw evidence of the impact on mental health of the conflict. They are, however, significantly different. And this difference is, I feel, of relevance to what we take away from this instructive collection. Dennis, a practitioner in peacebuilding and conflict transformation, uses a less academic idiom than that evident in the polished prose of Mahoney. Dennis is, nonetheless, scrupulously careful in her attempts to, echoing Martin, cross borders and employ discursive frameworks and vocabulary which facilitate the building of “empathy and understanding in a divided society”, in accordance with what is acknowledged locally and internationally as best practice in storytelling for conflict resolution (82). And she concludes evoking ethical principles designed to “safeguard the process” (100).

Mahoney, by contrast, strikes a dissonant, irredentist note. It is, by times, touching to read of the health problems of the elderly ex-IRA prisoners occasioned by the use of toxic cleaning chemicals by prison guards, of their severe memory loss, or to witness the awkward handling of unfamiliar tools such as computer keyboards. In these, empathy can be found. Mahoney seldom, however, uses language other than that which echoes and seeks to perpetuate the esprit de corps of those tough times in prison and thus reinforce group identity. The language of the men behind the wire, that of a siege mentality dominates throughout with, gestures towards “healing intercommunal rivalries” notwithstanding, the primary aims appearing to be a desire to “mobilize” the community, challenge that which can “threaten group identity” (103), “keep the group focused on the collective history of the period of protest”, “provide a safe space” and “help both themselves and their former comrades” (110). References beyond the group are never to the other side of the Northern conflict, but instead, for example, to the legitimizing association with ex-prisoners from South Africa’s Robben Island. Mahoney does give us a fascinating and erudite insight into the real traumas of these ex-combatants, and he does contest post-conflict discourse’s tendency to only focus on innocent victims, but it is fair to say that, as a strategy with which to look to a future beyond trauma, his approach offers less hope for reconciliation and healing and a less serviceable “basis for action”, to echo Terrazas, than that promoted by, for example, Patrick Kielty in his admirable attempt to go beyond his own comfort zone (5).

Given the increasingly interdisciplinary nature of Irish Studies, it is appropriate that this volume should cover a range of thematic and disciplinary areas and should engage with a diversity of theoretical discourses. The selection of themes and approaches is broad and judicious. That said, in view of the fact that the principal focus of the collection is the theme of trauma, and of the importance to the understanding of this phenomenon of contemporary medical research, the book could have benefitted from a greater engagement with the growing and relevant field of medical humanities. Concepts such as culture and identity, central concerns of this volume, are also key protagonists of this emerging area of scholarship. This is, however, but a minor quibble. In sum, Trauma and Identity in Contemporary Irish Culture is highly relevant, rigorous and consistently enjoyable. It makes a valuable contribution to our understanding of trauma and identity in Ireland today, the importance of which cannot, in our current predicament, be overstated.