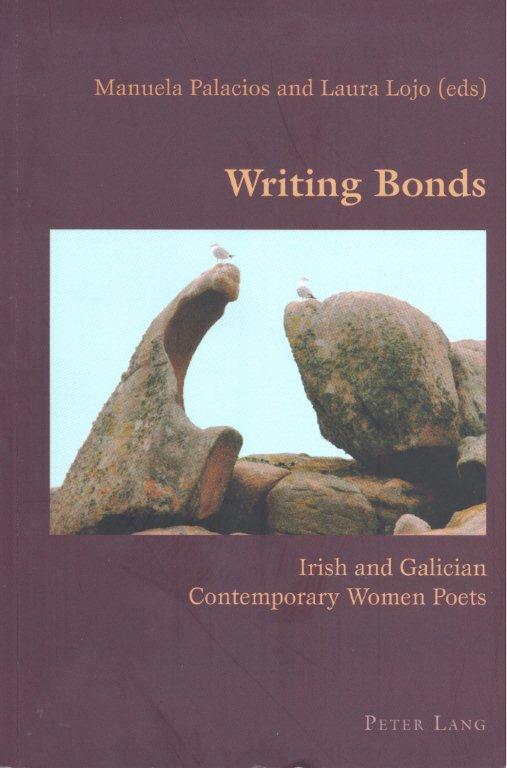 After the splendid Palabras extremas (2008), Manuela Palacios, this time with Laura Lojo, both senior lecturers in English at the University of Santiago de Compostela, has published another volume of articles on the literary relationships between Galicia and Ireland, proving that it is a field that is far from exhausted and, once more, showing their expertise and leading position in the critical discussion on Galician and Irish women writers. Their introduction to the present volume, for instance, “Poetry, Gender and Transnational Bonds” should be compulsory reading for anyone interested in the subject matter because of the unique combination of historical events that connect both peoples and the survey of thematic similarities and social conditions that bond together Galician and Irish women poets: politics, religion, language and land.

Galicia’s penchant for Irish culture has a long history and the serious work done by the editors in this book means bridging the gap a bit further, this time with the explicit support of personalities in Irish criticism, like Irene Gilsenan Nordin, the director of DUCIS (Dalarna University Centre for Irish Studies, Sweden), who has written the preface of the book, and Irish writers Anne Le Marquand Hartigan (interviewed by Laura Lojo) and Mary O’Donnell who contributes with a paper. The aim of the volume, as was the case with Palabras extremas, is to put together issues concerning Galician women poets in parallel with similar topics dealt with their Irish counterparts: “Ideas about the social and cultural context,” write the editors in the introduction “as well as about the literary themes and forms of poetry travel smoothly between both communities, as long as one respects their historical specificities” (24). The articles that were not originally written in English have been translated by Minia Bongiorno-García and David Clark.

In the first part of the book, which deals with critical perspectives, some articles address specific aspects of contemporary Galician literature, like “Primitive Alchemy: Alienness in Olga Novo”, by Manuel Fernández-Rodríguez, or “Dolls, Princessess and Cinderellas: New Feminine Representations in Contemporary Galician Women’s Poetry” by María Xesús Nogueira. Others focus mainly on Irish women poets, like the piece written by María Jesús Lorenzo-Modia and Cristina Fernández-Méndez “‘Longer and Longer Sentences Prove Me Wholly Female’: Medbh McGuckian and Feminism(s)” or “The Poetics of Motherhood in Contemporary Irish Women’s Verse”, written by Laura Lojo. Manuela Palacios is the author of an article in which she observes contemporary constructions of nature from an ecocritic perspective in both Irish and Galician women poets: “The Course of Nature: An Ecofeminist Reading of Contemporary Irish and Galician Women Poets”.

All the articles in the first section bear the stamp of professional, first-class academic criticism, dealing efficiently with intellectually complex issues. The second section has the advantage of revealing “the inside story”, as it were, looking inside the psychology of writing itself and an even more problematic matter, getting published in a highly competitive market which veers dangerously towards assigning the label of Chick-lit to literature produced by women. The article written by Mary O’Donnell in this second part of the book, “Irish Women and Writing: An Overview of the Journey from Imagination into Print, 1980-2008”, is extremely revealing of the difficulties encountered by many women in order to publish their work in the male-dominated Irish literary scene.  Carmen Blanco, a lecturer of Galician Literature from the University of Santiago and a creative writer herself, writes in “Alicia in Galicia: Sex and Place” about creative myths in her writing, powerfully embedded in a Galician context but with a universal projection. A short story of hers, “Alicia in Galicia”, included in her 2004 volume Vermella con lobos, and which is reproduced here in English, serves as her starting point. Luz Pichel, author of several collections of poetry, writes an introspective chapter, “Pieces of Letters from My Bedroom”, about her creative process. Pichel not only considers ideological aspects (“Writing is born when freedom is at its deepest, not before”, 177), but she also deals with practical conditions (“I like to write listening to the rain falling on the roof and knowing I am alone at home”, 180), producing a  testimony that is both intimate and dignified. Writing bonds ends with the aforementioned interview with Irish poet Anne Hartigan by Laura Lojo, “‘Making Sense of Wilderness’ through the Written Word” and with an interview with Galician poet Luz Pozo-Garza, “Most Faithful Stories”,  by María Xesús Nogueira. Hartigan and Pozo-Garza speak in a spirited way about their careers, the influences on their writing by other authors and the social and cultural background surrounding their work.

The joining together of critical perspectives and personal insights make of this collection a highly recommended book for scholars and students of Irish and Galician literature alike.