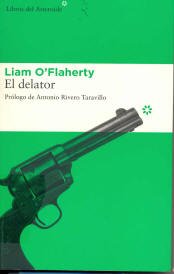 In recent years some independent publishing houses are leading the way in the publication of Irish authors in Spain. While major companies show little interest, as it is not considered profitable enough, these small presses are offering emblematic books of Irish literature to readers, minor classics such as The Informer (1925) by Liam O’Flaherty, but also all the lesser-known novels by Flann O’Brien (a commendable work initiated by Nórdica Libros) or Brendan Behan’s autobiographical novelBorstal Boy (1958), published by Ediciones del Viento (see above). Editorial Alfama, from Málaga, will be soon publishing Aidan Higgins’s fine novel Langrishe, Go Down (1966) (Langrishe. El declive) another milestone of contemporary Irish literature that remained to be translated into Spanish, and which will see the light thanks to the determination of imaginative editor Antonio García Maldonado. The main drawback is that these presses cannot normally afford to print large quantities and they quickly sell out. In any case, it would not be adventurous to say that thanks to these initiatives a growing interest in Irish authors is taking place in Spain.

There had been some previous translations of The Informer into Spanish, but an updated version was necessary. Many of us first knew of the existence of this novel thanks to the mesmerising film adaptation by John Ford in 1935, a back and white masterpiece in which the subtle use of light seemed to accuse Gypo Nolan of his felony. The novel should be seen in the context of the historical and political climate when it was published, when authors like O’Flaherty made their heroes the testimony of disenchantment with the recently created Free State.

It is difficult to understand why the name of the prologuist, Antonio Rivero Taravillo, who writes a witty and well-informed introduction, appears alone on the front page, without any mention of the person responsible for this translation, novelist Gabriela Bustelo, whose name is found in the inner pages. Gabriela Bustelo tackles the text with energy and gusto, and she is able to offer quite a few exciting paragraphs. It is always difficult to translate colloquial language, particularly slang belonging to Hiberno-English, and Bustelo consistently maintains an adequate register of vulgar Spanish in the transcription of the characters’ speech. In this new version the different men that take part in the action sometimes seem to speak “castizo”, in the style of the idealized talk of working-class youths from Madrid, but the threatening atmosphere of O’Flaherty’s novel is perfectly rendered: down-trodden individuals from neglected neighbourhoods, shabby streets, and broken people.

The novel has a basic structure, unilinear and with hardly any digressions, which makes it fast-paced and powerful. The figure of Gypo Nolan, the brute giant, member of a revolutionary organization who informs on a friend, is a character who deserves to be on the list of great archetypes of world literature. The way he is presented, driven by impulse, his incapability of producing a coherent alibi or how he squanders the reward money makes this a gripping story of treason, guilt and remorse: “Desde el instante infernal en que había abierto de una patada la puerta de la comisaría de policía, su vida entera se había sumergido en una impenetrable nube negra de la que no parecía poder escapar” (83).