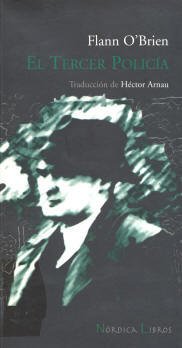 Flann O’Brien is never a duff read. His literary talent is what one would get if you mixed James Joyce’s linguistic virtuosity with the content of your strangest dreams and left the result in the middle of a rural Irish pub. His crazy logic has been wonderfully rendered into Spanish in these novels (published originally in English in 1967 and 1964) that Nórdica Libros has produced in the past two years.

In Beatriz Villacañas’s book (see below) it can be read that O’Brien’s masterpiece At Swim-Two-Birds (1939) was translated into Spanish by José Manuel Álvarez Flórez (En Nadar-Dos-Pájaros. Barcelona: Edhasa, 1989) and she adds that it was “un acto de valentía”. The editors at Nórdica Libros must be lauded therefore for having commissioned these two equally courageous translations. In both versions into Spanish, the first by Héctor Arnau and the second by Mª José Chuliá García, the job is done in a very professional and efficient way. O’Brien is not a well-known writer in Spain, but with these novels available to buy readers will be able to discover and enjoy a highly subversive author.

In El tercer policía humour comes naturally with the adventures of the protagonist and his obsession with de Selby, a mad scientist who believes that objects (such as bicycles) can exchange atoms with their owners (so that they become bicycle-men). In this novel the translation is fluent and rich in nuances. The flavour and atmosphere of Irish landscapes can be imagined easily, without almost noticing the presence of an intermediary. Descriptions of fields, villages and streets are realistic but at the same time tinged with a veil of bewilderment, which gives them an almost dream-like quality.

Ireland is described by the protagonist’s father as “un país rarito” (10) (“Ireland was a queer country” in the original) and a strange country it is indeed, where policemen discourse upon the five rules of wisdom or steal people’s bicycles to prevent the intermingling of particles. De Selby’s theories, interspersed in the narrative, are deliciously absurd, like his comment on roads being kind to the traveller or unkind if they go in the wrong direction. 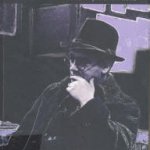 The second book shares the same oneiric universe of the first one. This time de Selby himself is one of the main characters and it is so exultantly funny to read that he has the power to summon the dead. James Joyce turns up and denies having written Ulysses. He in fact is presented as a prudish individual who disowns that pornographic book and expresses his desire to join the Jesuits. O’Brien was simply a genius.

In Crónica de Dalkey Chuliá García makes occasional use of colloquial expressions which are adequate in the context of informal conversation: “¿Fue un lingotazo de whiskey el fundamento de este follón?” (95) (“Was a feed of whiskey the foundation of this rigmarole?” in the original), or “Me las arreglé para salir de estranjis en un pequeño carguero” (268) (“I managed to sneak across in a small freighter”). However, I object to her abundant use of translator’s notes. I really think she goes too far in her attempt to make the cultural references accessible to Spanish readers. Notes should be treated in literary works like Tabasco sauce: it must be used with care and never splashed around. Chuliá García includes too many comments, sometimes to explain puns, others to illuminate a particular reference in the text (in some cases adding unnecessary information), with the result that the translator becomes an uncomfortable presence in what otherwise is a perfectly acceptable version of O’Brien’s novel.