State of the Union: The New “Shooting Crew” Agreement

State of the Union: The New “Shooting Crew” Agreement 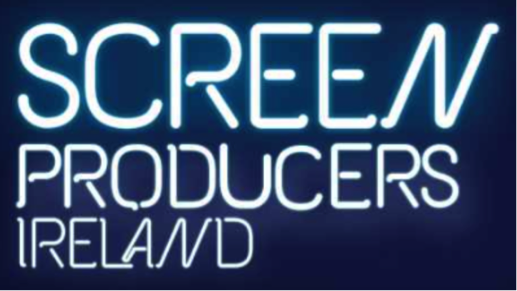 State of the Union: The New ‘Shooting Crew’ Agreement

Employment relations between film crews and producers are hardly the most glamorous aspect of the Irish screen industries. They attract little attention from observers, despite their crucial importance to the successful functioning of the sector, both as a creator of cultural and commercial content and as a workplace. It was hardly front page news, then, when the trade union SIPTU and the producers organisation Screen Producers Ireland (SPI) announced in December that they had reached a new agreement covering work conditions and minimum pay rates for live-action film and TV productions. This new “Shooting Crew” agreement, in effect from January 1st, has had a fascinating gestation. Ten years in the making, its conclusion followed an extraordinary explosion of film worker activism over the previous two years, involving a suite of “players” well beyond SPI and SIPTU. The cast in this long-running saga features a host of new film worker organisations, including over 20 guilds – fraternal associations of screen workers with particular skills (e.g. editors, hairstylists, set decorators, etc). It also includes the more controversial Irish Film Workers Association (IFWA), whose high-profile opposition to producers and unions alike inspired a newfound sense of urgency between the workers and employers covered by the 2020 pact. In this brief article, I examine some of the new agreement’s more notable aspects, before reflecting on the events that accelerated its path to completion.

The December announcement followed a decade of on/off negotiations to update the previous agreement, from 2010, which had run into problems from day one. Following a change of leadership immediately after that document was signed, SPI effectively withdrew its commitment, questioning the constitutionality of a “closed shop” clause requiring shooting crew members to join SIPTU. While this claim was never tested in the courts, the agreement was seriously undermined. Its more aspirational aspects, including a pledge to work towards creating an industry-wide pension scheme, never got off the ground. Despite these problems, the agreement continued to shape the employment relationship for most shooting crew members. It crystallised a number of practices that had emerged in the previous decade, such as a standard working week of 50 hours. It allowed production companies to make “all-in” deals with a fixed weekly rate, simplifying overtime arrangements. It also introduced a tiered system of pay rates, linking minimum remuneration to the scale of the production – a formal acknowledgment of the substantial differences between lower budget productions for the indigenous film and TV market and the more expensive international productions filming in Ireland with generous production subsidies from the Section 481 tax credit scheme.

How does the new agreement differ from its predecessor, and what are the implications for the industry?

The 2020 agreement defines minimum pay rates for SIPTU members in some 93 grades, doubling the scope of the 2010 version. The new grades listed in the document (some 47 in all) reflect the influence of the numerous industry guilds established in the past two years, as discussed below. Pay rates for many new assistant and junior roles are established, reflecting, perhaps, a more formal progression path from trainee status to the full grade. This path has proved contentious in recent years, spawning new provisions in Section 481 legislation to improve the treatment of trainees and the quality of on-set training provided. Guild influence on the new agreement is also reflected in coverage of production departments not previously included, like Visual Effects (VFX), and the greatly expanded list of grades in other departments, such as Accounting, Casting, and Art Direction.

While the 2010 agreement provided separate pay rates for small, medium and large-scale productions, the 2020 version introduces a six-tier system, ranging from “Micro” to “Super” budget categories. For micro-level films (budgets up to €750,000) or TV projects (up to €250,000 per hour), all rates for all grades are negotiable, subject to a minimum of €615 for the standard 50-hour week. Large scale productions (€4-25m for film, €1.5-€8m per hour TV) command much higher minimum rates, ranging from €700 at the trainee level to above €2,000 for the highest paid grades. Films and TV with budgets above these levels (the “Super” category) command minimum rates that are three percent higher again.

The number of productions on which these higher minimum rates will be payable, however, is likely to be small. Of the 95 film and television productions granted Section 481 support in 2020, only 23 attracted a credit of €1 million or more, indicating budgets that would place them at least in the “Medium” category.1

While Revenue data don’t reveal the precise Irish spend on these productions (ostensibly for reasons of commercial sensitivity), it is likely that only a handful had budgets in the “Large” category. It is not even clear whether Foundation, the Apple TV sci-fi series currently filming at Limerick’s Troy Studios after a pandemic-induced delay, is large enough to trigger the “Super” budget wage premium. Widely reported (without evidence) as the most expensive production ever shot in Ireland, its listed tax credit of €10-30 million would need to be at the top end of that range to imply a per-episode spend large enough to exceed the €8 million ceiling.

The new agreement abandons the “all-in” 50-hour weekly rate formalised in the 2010 version. The clause had a stated caveat that it should be an optional arrangement, and not be used to arrive at a weekly wage lower than would otherwise be payable. Its disappearance suggests some dissatisfaction with its operation, most likely from the film worker side of the arrangement.

Perhaps the most notable feature of the 2020 agreement is the long-overdue establishment of a screen industry pension scheme, modelled on arrangements in the construction industry, which has a similar employment structure heavily dependent on freelance and self-employed skilled workers. While full details have not been announced, it appears that the scheme will be administered by CPAS, the Construction Industry Federation’s pension subsidiary. The proposed arrangement demonstrates the validity of SIPTU’s longstanding insistence that such a system was both necessary and possible. Interestingly, SIPTU’s press release announcing the 2020 agreement omitted any mention of pension arrangements.2 This omission suggests that there are still important details to be ironed out – including, perhaps, the matter of employer contributions. Hopefully, this important question will be clarified when and if production levels return to post-pandemic norms.

The new agreement reflects the development of new studio infrastructure since the previous agreement, with provisions for travel and location expenses updated to reflect production activities at Troy (Limerick) and Ashford (Wicklow) studios. In general, expenses allowable are more generous than previously, with travel beyond 25 kms from the studio or production base now usually subject to expense payments, compared with 40 kms in previous iterations. For some grades, a new “box allowance” will formally compensate certain crew members using their own tools and equipment in the course of their normal work. While there are many other modifications to the agreement, most other clauses remain broadly similar to previous agreement(s). There is a formal commitment by producers to provide the structured industry training that is in any case required under Section 481 regulations. In terms of scope, the agreement applies to live action productions only. These productions may be for film, television or streamed distribution. Irish-language drama produced or part-funded by TG4 is excluded, unless budgets are above those in the “Micro” category – implying that micro-level TG4 projects have no wage obligations beyond the statutory minimum wage.

As suggested above, progress towards the new agreement was greatly boosted by momentum generated by the newly established industry guilds. These new organisations began to emerge in 2018, largely in opposition to IFWA, a highly vocal group representing set construction and some other grades working mainly on the international TV productions based at Ardmore and Ashford Studios (Murphy). IFWA had made a high-profile appearance before the Oireachtas Culture Committee in early 2018, accusing producers of illegal employment practices, health and safety breaches, abuse of Section 481, and other concerns. The claims, some of which appeared highly questionable, generated a notable amount of social media traffic. They were also covered in the traditional media, not normally a site of critical coverage of industry funding and practices. When the IFWA claims were supported and amplified by the People Before Profit TD Richard Boyd Barrett, who also drew attention to the high levels of public subsidy enjoyed by the industry, concerned screen workers mobilised to counter the message. Under the coordination of the umbrella group Screen Guilds Ireland (SGI), over twenty different guilds were established. SIPTU recognised the opportunity presented by this new wave of worker activism, and embraced the moment. Guild members were encouraged to join or re-join the union on favourable terms, with the understanding that they could contribute to ongoing efforts to update the “Shooting Crew” agreement. It is likely that SPI, the main target of the IFWA claims, was also motivated to neutralise the perceived new threat to industry stability. Negotiations, stalled on several occasions over the previous years, were enthusiastically recommenced. Screen Ireland also weighed in with support, providing SGI with sufficient funding to employ a full-time organiser and part-time admin staff – mirroring supports also provided to the writers and directors guilds, and indeed SPI itself.3

Although SPI counts animation companies among its membership, the agreement (like all previous versions dating back to the first negotiated producer-union agreement in 1988), does not cover animation productions, a significant and growing sector of the Irish screen industries. There are thus no standard pay rates for animation workers. Recently, however, there have been efforts to unionise animation workers through an organisation called Animation Workers Ireland.4 Although not a union itself, it has affiliated with the Financial Services Union to further this goal.

The 2020 Shooting Crew Agreement is a sign of improving industrial relations in the Irish screen industries. It is highly ironic that progress towards its finalisation was catalysed by IFWA, an organisation whose activism was also instrumental in bringing about the improved Section 481 training arrangements mentioned above. While there is little doubt that IFWA’s profile in recent years was amplified by the decline in traditional trade union membership, that situation now appears to be in reverse. The size of SIPTU’s Film and Entertainment branch membership is not clear, as the union has stopped publishing such figures in 2002, following a substantial decline since their mid-1990s peak. It is likely, however, that the positive relationship with SGI (which claims to represent some 2,000 film crew across its constituent guilds) has occasioned a substantial increase in union membership.5 SIPTU’s renewed strength, aligned with the vibrancy of the Guilds and a seemingly smoother relationship with SPI, suggests a notable industrial relations improvement, reversing a situation that some considered detrimental to the long term viability of screen production in Ireland (e.g. Joint Committee 15).

The 2020 Shooting Crew agreement is testament to that improvement. It must be noted, of course, that its finalisation came about during the forced decline in production activity during the Covid-19 pandemic. It remains to be seen how the agreement, and its ancillary arrangements like the industry pension scheme, will work in practice, if and when production levels returns to their previous norms.

3 See Screen Ireland (2020). It is unclear if this funding was continued in following years, as Screen Ireland has yet to publish its 2019 and 2020 annual accounts.

Joint Committee. Development and working conditions in the Irish film industry. Dublin: Joint Committee on Culture, Heritage and the Gaeltacht, 2018.