2008 by David Pierce | This text may be archived and redistributed both in electronic form and in hard copy, provided that the author and journal are properly cited and no fee is charged for access.

This issue sees eleven literature book reviews. They include a new novel by Roddy Doyle where he updates us on the protagonist we first encountered in The Woman Who Walked into Doors (1996); Anne Enright’s The Gathering, which won the Man Booker prize for fiction in 2007; the Collected Poems of Michael Longley, the poet who has recently been appointed Professor of Poetry for Ireland; William Trevor’s new book of stories; a collection of contemporary Irish short stories edited by David Marcus; a cultural history of Ireland during the Second World War; Eavan Boland’s thoughtful collection of comments on writing by Irish writers; essays on Irish women writers from an American perspective; a series of new essays on George Moore; a companion to the Irish novel in the Cambridge series; and a book of essays mapping Irish studies in the new century. As ever, I wanted to include reviewers who were experts in their fields as well as those less well-known or relative newcomers to seeing their names in print. I would like to take this opportunity of thanking all the reviewers for providing something to awaken interest or to stimulate discussion for those of you reading this.

2007 was the year of Louis MacNeice, being the centenary of his birth. There was a symbolic moment in September during the conference dedicated to him at Queen’s University Belfast when the leading Northern Irish poets gathered at his graveside in the grounds of the Church of Ireland Church at Carrowdore in County Antrim. Even though he has been dead for some forty-five years, MacNeice’s presence continues to be felt strongly. 2007 also witnessed a new Faber edition of his poetry edited by Peter McDonald, an edition which prints MacNeice’s poetry in groupings corresponding closely to the collections published by Faber between 1935 and 1963 (see Louis MacNeice, Collected Poems ed. Peter McDonald). Faber also reprinted an edition of MacNeice’s autobiography The Strings Are False, with an introduction by Derek Mahon, and, forthcoming in 2008, there is to be an edition of Autumn Journal, the poem MacNeice wrote on the eve of the Second World War and which continues to be of interest especially to Irish and Spanish readers. In another edition, Selected Poems, also by Faber, Michael Longley makes a strong case for reading MacNeice as our contemporary. Perhaps for the next issue someone will submit an essay on MacNeice to our journal.

One of the novels I have been re-reading these last few months has a title taken from a MacNeice poem: Where They Were Missed (Penguin, 2007). The author is the Belfast-born writer Lucy Caldwell, whose play Leaves received plaudits when it was staged at the National Theatre in London in March 2007. I can think of few novels written by an author in her early twenties which are as accomplished as this one. Like MacNeice, Caldwell has a keen eye for hauntings, for what’s been lost, for false strings, only now the loss is wrapped in the continuing trauma of sectarianism and the Troubles. I say I have been re-reading this novel because its full effect only comes with a second reading. In attending to the great Irish theme of loss, Caldwell reminds us that families carry not only their own history inside them but also a wider history that accords with but is not identical to what happens there. As she quite properly remarks in a short interview about the novel: «

[I]t has a rawness and an energy and innocence that I’ll never be able to capture again.» And, equally properly, she then quickly adds: «But then again in a funny sort of way every single thing that you write feels as if it’s the first thing you’ve ever written.» Her protagonist’s name, Saoirse [pronounced seersha], is Irish for freedom or liberty, and Caldwell opens her account as a novelist with the old Irish cry even as she attends to the loss that accompanied such a cry in history.

The sense of loss in The Pride of Parnell Street, a new play by Sebastian Barry which was staged by the Tricycle Theatre in London and at the Dublin Theatre Festival in autumn 2007, is filtered through monologues that work their cumulative magic in characteristic Barry style. Unlike other plays, the loss now is more contemporary and for the most part circumscribed by northside, working-class Dublin. In some ways the play, published in 2007 by Faber, is close to Roddy Doyle’s world, and we can’t help being reminded of him. Joe, deflated after Ireland’s exit from Italia ’90, returns home to beat his wife and, from then on, life on the streets, outside the family that is, beckons, a life of bitterness and drugs and knives and prison. Ugly, but, as the ‘pride’ in the title reminds us, Barry is ever alert to the possibility of redemption whether that is through an intense love of landscape, the use of a lyrical phrase, moments of tenderness or reconciliation at the end. The Pride of Parnell Street lacks the tragic reach of his earlier plays but for all that there is a canvas being erected here for what feels like a larger retrospective exhibition.

Bridget O’Connor’s play The Flags (Faber and Faber, 2006), which was revived at the Royal Exchange in Manchester in autumn 2007, tells the story of two life guards, JJ and Howie, who find themselves on duty on the ‘second worst beach in Ireland’. As such a phrase suggests, there is nothing romantic here – unless it’s the humour which is everywhere possible. The play’s best moments recall the work of Martin McDonagh but it has its own qualities as if a new voice was seeking to be heard amid the larger symbols of life. After all, they work on the second worst beach in Ireland, not the worst.

A book of short stories that has stayed with me is Walk the Blue Fields by Claire Keegan and also published by Faber. Keegan possesses a beguiling new voice that commands attention. In some stories she recalls John McGahern. Indeed, as if she knew where she was going to be positioned by her critics, one of her stories ‘Surrender’ carries the bracket ‘(after McGahern)’. But in a story such as ‘Night of the Quicken Trees’, which is set in the turf bogs of Dunagore near Doolin in County Clare, bogs incidentally worked for generations by my own family, we might find ourselves thinking of Benedict Kiely’s story ‘Homes on the Mountain’ and how utterly strange some country people can seem as if ancient Ireland was still alive and well. For there is a Southern gothic seam in Irish culture, and it is especially evident among those who live in remote parts. In turn, the grotesque can attract imaginative writers and commentators alike. Kiely manages to avoid the gothic potential in his story but Keegan cannot resist the temptation, at least here. Her best stories, however, are the two at the beginning of this collection – ‘The Parting Gift’, an understated story of emigration, and ‘Walk the Blue Fields’, a story about another ritual. This time it is a wedding but it is a wedding story with a difference, for the story focuses as much on the priest conducting the service as on the bride and groom. When one of the guests refers to the priest’s ‘cock’ as an ‘ornament’, we know we are in the presence of a storyteller with a way with words.

It has been a good year for Irish writing and let me end with two more examples. Tim Robinson’sConnemara: Listening to the Wind was published by Penguin in 2007. Those who haven’t come across Robinson’s prose style have a real joy in store. This study is closer to home for Robinson, with Roundstone in Connemara at its centre. There is no-one better at capturing the landscape of the West. His favoured mode of walking, he tells us, is not «a single-minded goal-bound linear advance but a cross-questioning of an area». Lying on the terrace of his house overlooking the bay, the summer sunset in full swing, he notices how Connemara «tends to undefine itself from minute to minute». It is in keeping that the writer who has helped define a whole landscape for us should deploy the word ‘undefine’ to describe such a moment. If the word stands out, it does so because we are observing the naturalist at home in his habitat and surroundings, listening to the wind. It is also in keeping that Robinson, who understands the concept of legacy more than anyone, has left his house and books to the University of Galway for future use by students researching the natural history of this part of the world.

The other book I have particularly enjoyed reading is Paul Durcan’s new collection The Laughter of Mothers, published by Harvill Secker in 2007. In one sense it is a book about golf, but in another sense it is about his mother. ‘The Story of Ireland’ opens with this dramatic statement: «The single most crucial factor in twentieth-century Irish history was golf.’ And Durcan continues, ex-cathedra-like, with: ‘Had it not been for golf, the country would have lapsed into barbarism.» There is something unalloyed about such laughter as if the satire knows no bounds. Inevitably, though, a darker side accompanies this volume, and, as we turn the pages, we see it gathering force, for this is a remarkably frank and tragic reading by Durcan of his own life and, more especially, that of his mother’s life, a woman who qualified as a lawyer but who ended up the wife of a judge. So much pain is on display here that we might wonder how much fun can be had reading it. As ever with Durcan, there is nothing heavy about the style: «Instead of being famous / For her brilliance as a lawyer / She became famous / For making cakes and ice cream.» But underneath it all there is a painful drama being enacted, and we realise that, like his mother, Durcan is an acute observer of the scene, for both of them are or were outsiders whose position and family history have given them a privileged access to the great theme of loss in modern Ireland. As I say, it’s been a good year for readers of Irish writing. 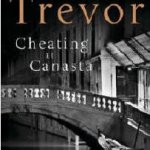 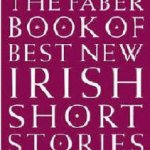 Ireland Beyond Boundaries: Mapping Irish Studies in the Twenty-First Century 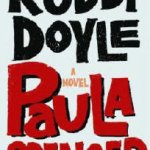 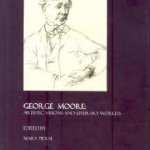 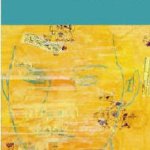 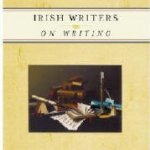 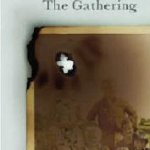 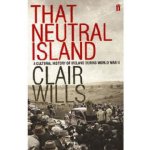 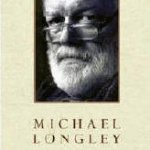